Palestinian National Authority President Mahmoud Abbas indefinitely postponed the parliamentary elections scheduled for May on Thursday (30) – he announced in January that the population could go to the polls again after 15 years.

Abbas blamed Israel for the uncertainty over whether the electoral process could take place in East Jerusalem, Gaza and the West Bank.

The move came three months after the long-awaited election announcement, which was seen as a response to criticism of the democratic legitimacy of Palestinian institutions, including the leader’s own presidency.

The election results could benefit Hamas, which controls Gaza and is Abbas’s main national rival. The group is considered a terrorist by Israel, the United States and the European Union.

Since the January announcement, it was unclear whether Israel would allow residents of occupied and attached East Jerusalem to vote – the country bans all activity promoted by the Palestinian National Authority, saying it violates interim peace agreements from the 1990s.

In September 2020, Fatah (Abbas) and Hamas had agreed to hold elections “within six months”, in a dialogue between Palestinian factions to deal with normalization between Israel and the Arab countries.

Palestinian factions have renewed their reconciliation efforts in an attempt to present a united front since Israel concluded diplomatic agreements last year with four Arab countries (United Arab Emirates, Bahrain, Sudan and Morocco), which have more in addition isolated.

“Faced with a difficult situation, we have decided to postpone the date for the holding of legislative elections until the participation of Jerusalem and its inhabitants is guaranteed,” Abbas said in a televised statement.

The campaign was due to start on Friday, but it was also suspended by the electoral committee.

It is not yet known whether the presidential election, scheduled for July 31, will be maintained.

In Gaza and the West Bank, protesters called for the electoral process to continue – for many it would be their first chance to vote.

“As a Palestinian citizen, I demand the holding of elections and I want my right to vote so that I can see new faces, young faces and new political positions,” said Wael Deys of Hebron.

Hamas also criticized the postponement. “We reject this decision which violates the national consensus, and Fatah will be held responsible for the consequences of this position,” spokesman Sami Abu Zuhri told Reuters news agency.

Abbas had hinted at the possibility of postponing the elections for a few weeks, saying Israel had not allowed Palestinians to vote in East Jerusalem.

A spokesperson for Prime Minister Binyamin Netanyahu said earlier this week that Israel had not officially announced whether it would allow the elections to be held, as it last did in 2006.

Many Palestinians, however, see the dispute with Israel as an excuse for Abbas to avoid elections at a time when his divided Fatah could be defeated at the polls.

Internal divisions within the group emerged when leader Marwan Barghouti, now in prison, and Nasser Al-Qudwa (nephew of historic leader Yasser Arafat) announced a block of candidates to compete with those backed by Abbas.

The president of the Palestinian National Authority has been in office since winning the last presidential election in 2005, after the end of the second Palestinian intifada and the death of Arafat. 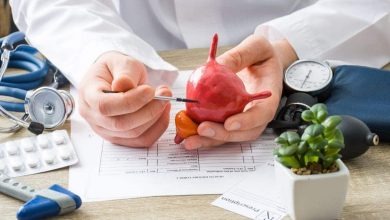