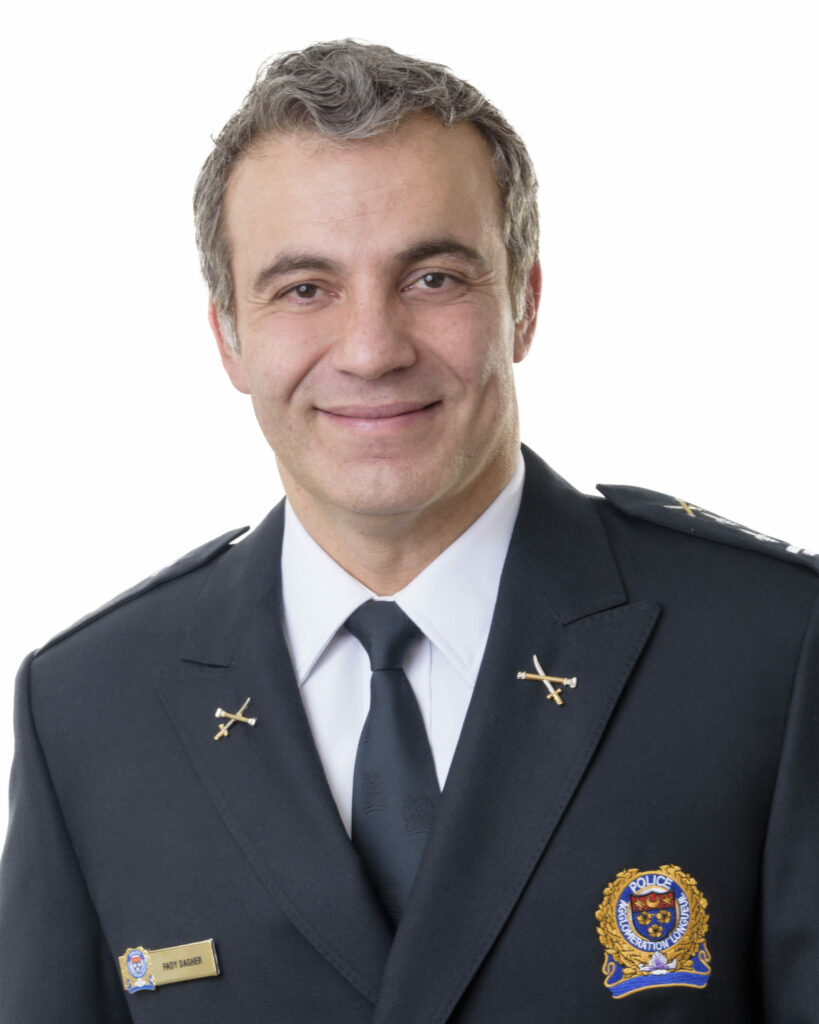 Who is Fady Dagher?

Fady Dagher joined the Montreal City Police Department in 1992 and worked there for more than eight years until 2000 when he was promoted to Sergeant/Supervisor. He held that position until 2005, and from 2005 to 2010, he was a commanding officer.

Fady Dagher later received promotions to the positions of Inspector and Chief Inspector in 2010 and held those positions until 2013. From 2013 to 2017, he then worked as an Assistant-Director.

In Montreal, Fady Dagher is a senior and knowledgeable police officer. Fady Dagher speaks French and is of French ancestry. Fady Dagher attended a school in Montreal before enrolling in the National Police Academy, where he earned his Diploma in Police Techniques between 1991 and 1992. Born and raised in Côte d’Ivoire, Fady Dagher.

Father of Fady Dagher is originally from Lebanon and immigrated to Abidjan, where there was a sizable Lebanese community, at a very young age to run a bicycle manufacturing facility. In any interview or public forum, Fady Dagher has avoided disclosing the names of his parents. The smallest of three children, Fady Dagher.

Fady Dagher will be Montreal’s next police chief

The city announced on Wednesday that Fady Dagher had been chosen to lead the Montreal police department after a lengthy search (SPVM).

Following the early retirement of former chief Sylvain Caron in March, Dagher, the chief of police of Longueuil on Montreal’s South Shore, is in line to take over the Montreal police department. Since then, Sophie Roy has been acting as acting police chief.

Prior to the Quebec government’s approval, which is likely to occur in the New Year, the city’s executive committee will have the ability to vote on the choice by December 22.

Part of Dagher’s plans for the SPVM were outlined in his first speech to the media following the selection. A return to community policing, a practise he praised on Montreal’s South Shore, and preventing racial profiling within the force are among the main themes. He claims to be familiar with this issue.

DAGHER WAS PREVIOUS DEPUTY CHIEF OF THE SPVM

He was congratulated in City Hall by Mayor Valérie Plante of Montreal, who noted that he could help make the city safer and more inclusive.
“The public security system we have been implementing in Montreal for more than a year will be strengthened by Fady Dagher. After 25 years with the SPVM, he is a native of Montreal who is familiar with the realities of our city and our neighbourhoods. I commend the selection committee for conducting a thorough search for the best applicant for the position of SPVM head, “said Plante in a press statement.

The new chief has implemented a new policing model in Longueuil, which has received praise from outsiders and includes a foot patrol unit that focuses on people dealing with social issues like homelessness and mental illness.
The province has committed $3.6 million to the Reseau d’entraide sociale et organisationnelle (RESO) initiative over a three-year period, despite the fact that it is still in its early stages and has been hailed as an important step toward reevaluating policing culture.
Despite being the police chief of Longueuil since February 2017, Dagher is no stranger to Montreal. He has a Master’s degree in business administration from McGill University.