“Itamaraty, help our family”; “The Taliban are a group of terrorists”; “Late diplomacy is unnecessary”; “Humanitarian emergency”. With posters like these, a group of eight Afghans and two Brazilians gathered this Friday (27) in front of the office of the Ministry of Foreign Affairs in São Paulo, in the Jardim América district.

They ask the government to grant humanitarian visas to people of this nationality to facilitate the arrival of family and friends who wish to leave the country after the takeover of power by the fundamentalist group Taliban.

And remember that time is running out: next Tuesday (31), the United States must withdraw completely from Kabul, handing the airport over to the Taliban. After that time, it becomes even less likely that former government officials, journalists, women’s rights activists and other persecuted groups can escape, at least by air.

“We have come to ask the MRE to facilitate visas for Afghans. Our family members have money, they have housing. But when they get to Pakistan [onde fica a embaixada brasileira responsável pela região], they need a visa and many cannot, ”says refugee Fazal Ahmed.

The Brazilian government has already declared itself sensitive to the difficulties caused by the political situation in Afghanistan, officially recognized the situation of serious and widespread human rights violations in the country and announced that it is studying the possibility of granting humanitarian visas to Afghans. , like those who already have they exist for Syrians and Haitians. So far, however, no practical steps have been taken to allow these refugees to travel to Brazil in an emergency.

Despite the almost insurmountable difficulty of finding space on flights and even getting into Kabul airport at this time, a concrete proposal to evacuate 400 people has been sent to Itamaraty in the last 22 and 24 days. , but still has not received a response.

The proposal was made by logistics company FGI Solution, which works on moving people at risk from Kabul to other countries. The Afghan company, headquartered in Dubai and has a branch in the United States, wants to transport hundreds of citizens who are eligible to seek asylum in the United States on charter flights.

But they are looking for a third country that can temporarily accommodate these people while their American visa is processed, and the Brazilian government was among those contacted for a possible reception.

In return, the company offers to pay for the stay of these refugees as well as the possibility of boarding two Brazilians who are in Afghanistan on the charter flight, as well as some relatives of refugees who already live here.

“We have the planes, we have the money, but we have no place to take these people,” said Folha Doug Brooks, the IGF representative in the United States, who is coordinating the operation.

According to him, in addition to 70 company employees and their families, the passenger list includes translators, journalists, activists from women’s groups, people from the persecuted Hazara ethnic minority and other employees who worked for the government and who, therefore, are at particular risk. .

The IGF is seeking temporary shelter with several other countries, from Kosovo to Rwanda, from Mexico to Uganda. India, Albania and Mexico are among those who have accepted, according to the company, but the number of vacancies is not sufficient to meet demand. Qatar and the United Arab Emirates will also host some of the refugees, but for a short time.

This Friday, the Federal Public Defender sent a request to the Ministries of Foreign Affairs, Justice, Labor and Defense asking that these 400 Afghans be admitted and that Brazil grant humanitarian visas to people of this nationality who present themselves. at an embassy. country of refuge. The DPU also asked the Ministry of Defense to mobilize planes for the aerial rescue of Afghans in danger.

Currently, there are few Afghan refugees on Brazilian territory: in total, there are around 160 already recognized and 50 processes underway, according to data from the Ministry of Justice. Including all nationalities, Brazil has 60,000 refugees – they represent only 0.02% of the population.

Refuge is legal protection for people who have left their country due to persecution related to race, religion, nationality, social group or political opinion. Some countries also recognize as refugees those who come from places where there is “serious and widespread violation of human rights”.

According to the National Committee for Refugees (Conare), linked to the Ministry of Justice, Brazil acknowledged that this is the case in Afghanistan on December 2, 2020. The decision speeds up the analysis of Afghan asylum claims, like this already happens to The Venezuelans, for example.

However, it is only possible to apply for refuge on arrival in Brazil, and to travel here Afghans need a visa.

In a response sent to Folha on Friday, Itamaraty specifies that “the absence of legal provisions for humanitarian visas does not exclude the possibility for Afghans to enter Brazilian territory” and that there are other types of visas available.

“The Brazilian government is sensitive to the difficulties caused by the political situation in Afghanistan and is examining the possibility of granting humanitarian visas to the affected people, on terms similar to those granted to Haitians and stateless persons in the Republic of Haiti and to those affected. by the conflict in Syria. Currently, there is still no legal basis for granting humanitarian reception visas to Afghan citizens, ”the note said.

The ministry declared that it could not respond to the request of the company FGI “in the respect of the right to the private life”, because it is about a particular case.

According to the lawyer specializing in migration and refuge Natalia Cintra, hired as a consultant by the IGF, the private sector played an important role in the evacuation of people from Kabul, especially after the withdrawal of some Western governments from the country.

“I know Itamaraty has legitimate security concerns, but there hasn’t even been a request for further information, a meeting for further clarification. There seems to be an omission, an inertia. “

She recalls that the humanitarian reception visa is provided for by Brazilian law. “But it takes political will to implement it. There is a huge bureaucracy, it takes a long time and the Afghans don’t have the time. Without that, the law becomes a dead letter, ”he says. 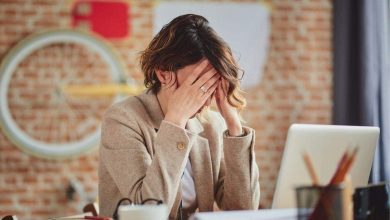