More than a million people were arrested as they attempted to cross the US-Mexico border from January through June, according to estimates released by the US Border Patrol on Friday (16).

The number exceeds all annual detention estimates recorded since 2005. In June alone, there were 178,000 arrests, a 3% increase from the previous month. The survey also shows that the number of migrants traveling with their families has increased, as has the number of unaccompanied children – it was 15,000 in June, and officers estimate it will already be 600 per day this month.

The increase is another setback for Joe Biden’s government over the migration issue. The Democrat took over the presidency of the United States with a promise to create new avenues for legal immigration and improve the asylum process. As early as January, the White House had announced as one of its priorities “the reversal of the draconian immigration policies of the previous administration. [de Donald Trump]”.

But it is precisely one of Trump’s policies that appears to be stepping up the flow at the border. In addition to the economic crisis in Mexico and throughout Latin America during the pandemic, US officials see a measure established by the Republican as fuel for increased level crossings.

The so-called “Title 42” policy, from March 2020, facilitates the immediate deportation of people who attempt to enter the country in violation of travel restrictions or illegally, without allowing them to seek asylum.

The rule would increase cases of people crossing the border multiple times in an attempt to escape capture. As the measure speaks of “deportation” rather than “deportation”, migrants do not even have the right to take their cases to court, and most are returned to Mexico within hours.

The Biden administration has been pressured to extinguish the measure by human rights NGOs, claiming it violates the law by returning migrants to places where they are at risk without having the opportunity to argue their case . In June alone, 104,907 people were evicted by border patrols under the aegis of “Title 42”.

A week ago, responding to the pressure, Biden eased restrictions on migrants who are pregnant, have recently given birth or are breastfeeding. With this measure, the United States stopped detaining immigrants who had children less than a year ago or who are still breastfeeding, except in specific cases – if the detained person is at imminent risk of violence or death or if it poses a threat to national security.

The intensification of flows at the border has also led Mexico to adopt new measures, some of which can be felt by Brazilians. As Folha showed in May, the country has quadrupled the rejection of Brazilians at airports to avoid migration to the United States.

From January to April, 1,846 travelers of this nationality were refused entry at Mexican airports, or 2.3% of total visitors. That’s four times the number of releases during the same period in 2020 and also in 2019, in the pre-pandemic period – and, according to authorities, there is still underreporting.

This Friday (16), a federal judge in Texas ruled on the illegality of the Dhaka program, which prevents the deportation of immigrants who entered the country as children. The initiative, created in 2012 under the Obama administration, has already protected more than 800,000 of these young people, nicknamed the “dreamers”.

In the ruling, Houston District Court Judge Andrew S. Hanen argued that Obama overstepped his authority in creating the program, as he did by executive order, that is, without the Congress does not need to approve it for it to take effect.

According to the New York Times, with the move, the Department of Homeland Security will be able to accept new applications and renewals in the program, but it is temporarily barred from approving them. The Biden administration is expected to appeal the decision, and unless Congress files a legislative appeal, the program’s legality agenda will likely reach the U.S. Supreme Court.

As President, Donald Trump has tried more than once to wipe out Dhaka. The advances were unsuccessful. The Supreme Court vetoed a Republican order and a federal judge ordered the full reinstatement of the program, which had been stopped by the former president. 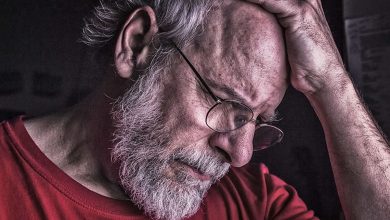 How does a lack of vitamin B12 affect neurological function?