The dear reader can probably no longer bear hearing bad news, and perhaps he even celebrated the (late) fall of this poorly constructed cosplay by Environment Minister Ricardo Salles. The joy of the poor is short-lived, however, and Salles is just a wave amid the tsunami of environmental seepage that plagues this corner of the world. Currently, for example, at least 41 invasive fish species are using all the resources that evolution has given them to conquer the rivers of the Amazon.

Details of the situation, a “silent threat” as scientists call it, have just been published in the journal Frontiers in Ecology and Evolution. A team led by Carolina Rodrigues da Costa Doria from the Federal University of Rondônia, which also includes colleagues from other Amazon countries, the USA and Europe, searched a wide variety of databases to map the current status of the problem in the region.

The bad news, along with the number of invasive species themselves and the fact that Brazil is the second most severely affected country (we’re only second after Colombia), is the seemingly increasing pace of the process. Of the 1,314 “foreign” fish records, 75% are from the last 20 years.

It is normal for people to wonder what the problem would be when introducing Niltilapia (Oreochromis niloticus, one of the most common invasive species in the Amazon) into one or the other paid fishery in Manaus. In short, this type of biogeographic transplant often creates a domino effect, with native species getting off worst in different ways.

The newly arrived species precedes the aborigines primarily because it has no natural enemies in its new home – and if it is a predator, its new prey will not know how to defend itself. It can also carry microorganisms and parasites in its organism that the original inhabitants of the invaded location have never dealt with.

The combination of these factors is often catastrophic and, in the case of river fish, there are already indications that it is leading to a simplification and homogenization of the fish fauna (i.e. the species group of the group) in rivers worldwide.

These consequences are not yet occurring in the Amazon, but that is no reason to assume that everything is calm and cheap. Most of the species on the invasive list are omnivores or carnivores (19 and 6 respectively), making them easier to adapt and increasing the threat of attack on native fish. Twelve of them have multiple annual breeding cycles or year-round offspring, and nine are highly fertile. Finally, nine are capable of migratory behavior (which would facilitate their spread through Amazonian habitats). The feat of turning the pirarucu (Arapaima gigas) into an invasive species was even achieved – it was brought into the Upper Madeira River, where it does not occur naturally.

One possibility, say the researchers, is that the enormous natural diversity of the Amazon fish (with around 2,500 species described) acts like a kind of “ecological airbag”, preventing the worst effects of invasions. In fact, biodiversity environments are often relatively resilient. But that is by no means a reason for complacency. Aquaculture projects need to find ways to intelligently unlock this native wealth – and retire the tilapia.

PRESENT LINK: Did you like this column? Subscribers can allow five free hits on any link per day. Just click the blue F below.

Will you have to exchange or return Christmas gifts? You don’t need to run this year 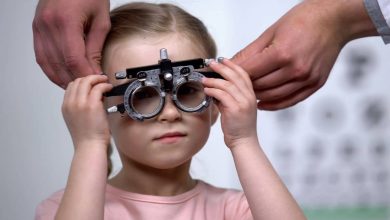