The United States is celebrating this Saturday (19), for the first time as a national holiday, the tenth of June, the date which celebrates the end of slavery in the country.

On June 19, 1865, the last slaves in the country were freed in Galveston, Texas. That day, a Union general arrived in this town and informed the slaves that they were free.

In 1863, President Abraham Lincoln decreed the end of slavery, but the country was in a civil war between the states of the North (in favor of abolition) and the South (against). Thus, the southern states did not follow the order. The conflict, won by the North, ended in April 1865, but it took two months for the news to reach all parts of the country.

Juneteenth (a combination of the words “June” and “19th” in English), has been celebrated in some states, but gained ground last year as a symbol of the fight against racism. Last year, following the assassination of George Floyd, the date celebration gained momentum: several protests took place across the country on June 19, 2020. Floyd was killed by a white policeman in May 2020 , and the case generated a worldwide anti-racism wave.

This year there will be events in many cities across the country, such as demonstrations, concerts and food fairs. With the advance of the Covid vaccination and the easing of restrictions, in-person mass events have been allowed.

In New York, a statue of George Floyd was unveiled in the Brooklyn neighborhood as part of the celebrations. The city also hosted a week-long festival on the date in Queens, with virtual debates and a barbecue, roast chicken and waffle fair.

In Chicago, there will be a walk in the city’s financial district. “We are celebrating independence day, so we would be remiss if we did not celebrate the day when people are worth three-fifths of a person [branca] they finally became free and began this journey to equality, ”said Ashley Munson, event organizer.

Munson referred to an American rule from the days of slavery: counting the population, each black person was considered “three-fifths” of a person, not a full human being. Thus, ten blacks were counted for six inhabitants, not ten, for example.

In the city of Atlanta, which has been celebrating the date for years, a protest will come out of Ebenezer Baptist Church, where pastor Martin Luther King Jr (1929-1968), a leader of the civil rights struggle, has held services.

In the state of Colorado, there will be an event in honor of Bessie Coleman, the aviation pioneer who was the first black woman to be allowed to fly, in 1921. Deneen Smith, 17, black high school student, wants being a pilot and is inspired by Coleman’s story. history. “This is what Juneteenth means to me: independence and freedom for African Americans, because of the struggle of our ancestors,” he told Reuters.

“‘June’ symbolizes both the long, hard night of slavery and the promise of a better day,” Joe Biden, President of the United States, said Thursday as he proclaimed the new holiday with his vice -President, Kamala Harris, who is black.

The ceremony was marked by emotion, the result of a succession of decisions taken with a speed and a consensus very rare in the political environment of Washington, usually marked by slowness and divisions.

The process began on Tuesday (22), when Republican Senator Ronald Johnson, who had opposed the creation of the holiday for a year for economic reasons, suspended his objections. Shortly after, the text was unanimously approved in the Senate.

The next day, the bill was approved by a large majority in the House of Representatives. Soon, the White House announced that Biden would pass the law on Thursday.

But there was one problem: June 19 of this year would fall on a Saturday, so according to the country’s rules, the new holiday would have to be moved to Friday. There were doubts as to whether it would literally be possible to adopt an overnight vacation, and some initial confusion.

Finally, it was announced that federal government employees considered non-essential would have the right to rest on Friday (18). Federal courts across the country have closed, with the exception of some emergency services. Some US embassies have also suspended their activities, promising to reschedule consular appointments that were abruptly canceled.

“Dear families. Tomorrow we will be closed for federal vacations, Juneteenth!” Emailed a Maryland daycare a few minutes before midnight. “Have a good week-end!”

In the financial market, there was no time to organize the change and Wall Street was functioning normally. But it is expected that there will be a business disruption on that date from next year.

Juneteenth has become the 12th US federal holiday, and the first to be established since President Ronald Reagan declared Martin Luther King Jr. Day in 1983 to commemorate the birthday of the murdered civil rights leader. 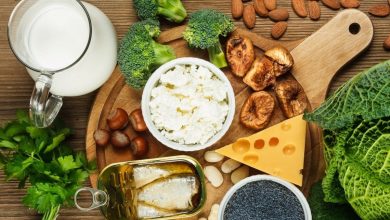 The fall of the Supreme Court justices and the authoritarian threat in El Salvador; listen to the podcast – 04/05/2021 – Podcasts