A controversial US Senate mechanism that allows the minority to indefinitely block the passage of bills became a point of contention between the two US parties early in the Biden administration.

Democrats want to abolish the so-called “obstruction” and claim that it is unacceptable to maintain a “racist relic”, used historically to protect slavery and prevent the advance of civil rights in the 1950s and 1960s. Republicans want to preserve the obstruction and claim that opponents are using an identity argument to mask a political strategy, because they currently have a majority in the House.

Systematic obstruction is a rule that requires a qualified majority of 60 votes out of 100 senators to close debate and vote, a quorum virtually impossible to achieve without the support of members of both parties.

To begin with, there is an undeniable list of points of convergence between obstruction and racist interests throughout history. “This identification between the type of obstructionism and the maintenance of slavery then prejudices and segregation is very clear”, declares the professor at the Institute of International Relations of the USP Felipe Loureiro. In 1840, for example, it was used to protect the interests of southern slaves. More than a century later, a single senator has spoken for 24 hours without interruption to prevent the approval of the 1957 Civil Rights Act.

According to the New York Times, which defended the abolition of the mechanism in an editorial, the filibuster has allowed Republicans to prevent a “long list of progressive laws, climate change, oil subsidies, campaign finance, Wall Street regulations, offshoring, gun control. , immigration, gender pay equity and expansion of health programs ”.

In other words, Democrats are right when they say, as former President Barack Obama said at the end of 2020, that filibuster is a “relic of Jim Crow”, referring to the body of law. racists that were in force in the country. country between 1876 and 1965 On March 25, 2021, Joe Biden agreed with the supporter.

But the question of whether or not to remove the obstruction is complex and involves political strategy, as Republicans say. This is not the first time she has been led, and the Democratic Party is already on the other side, despite the measure’s racist history. In 2005, under the Bush administration, the leader of the Republican majority in the Senate threatened to end the obstruction the Democratic minority had made to the nomination of judges by the president. And Obama and Biden, senators at the time, defended the minority veto.

“Each party in power intends to end it, because it is something that hinders the progress of the government platform,” said Carlos Gustavo Poggio, professor at Faap in international relations.

A video which was shown again by conservative channels like Fox News shows Obama saying at the time that the American people expect the two sides to work together. “What he doesn’t expect is that one party changes the rules of the game halfway and does everything on their own while telling the other party to sit down and shut up “, did he declare.

“Systematic obstruction has been used by Democrats and Republicans. For example, it was used during the first two years of the Trump administration to block Republican initiatives to spend huge amounts on the project to build a wall on the border with Mexico, ”says Richard Arenberg, acting director of the center for political studies. Brown University University.

To add another complicating factor, the Democratic majority in the Senate is fragile. In the 2020 election, the Senate was split in two, with 50 government votes and 50 opposition votes, the casting vote being that of Vice President Kamala Harris, and the parliamentary midterm elections are historically unfavorable to the occupant of the city. White House.

This means that the end of the filibuster could backfire on Democrats in the near future, as it already has. To end filibustering, the majority leader can use the “nuclear option,” a rule of thumb that allows the majority to override the minority and close the debate on a given topic.

In 2013, Democrats used the same ploy they criticized in 2005 to get Obama appointed as federal judges. Five years later, Republicans used a precedent to fight the Democratic obstruction of Justice Neil Gorsuch’s appointment to the Supreme Court.

Why then defend the end of systematic obstruction so vehemently? First, says Loureiro, pass a law that has become a matter of “life and death” for the party. It is the expansion of access to the vote, approved in March by the House, that creates a framework of federal electoral law to facilitate (or prevent states from impeding) voter registration and early voting and by mail, among other items that increase the participation of minority voters, a key component of the Democratic electorate. “This would guarantee Democrats a very long survival,” said the USP professor.

It is precisely for this reason that he is faced with a stubborn obstruction. But, from another perspective, the fact that Republicans oppose an increase in minority votes points to the historical segregationist use of obstruction. The second point is that progressives are betting on the idea that once approved it is much more difficult to go back with milestones if the measure is effective and gaining popularity, as happened with Obamacare. In addition, new legislation is expected to pass through the House again, where the Democratic majority is more difficult to overthrow in 2022 and there is no such obstruction.

With the support of Biden and most of the party, what Leader Chuck Schumer lacks to press the red button on the nuclear option is precisely the support of two Democratic senators. Joe Manchin 3rd of West Virginia and Kyrsten Sinema of Arizona are opposed. “They are conservative states, so this position could make their careers unfeasible,” says Loureiro.

An intermediate option, which has already been advocated by Biden, would be to reform the mechanism instead of abolishing it.

Today, to prevent a bill from being passed, one possibility is that opposition senators simply do not show up. There is an older form of obstruction, “verbal obstruction” or “discursive obstruction,” in which senators are required to remain on the platform to prevent the discussion from being closed. It is the rescue of this method that a more moderate wing of the Democrats advocates.

Systematic obstruction is used in some state legislatures, and one of its most famous cases is that of Texas Senator Wendy Davis, a Democrat who in 2013 spoke for 13 hours and managed to prevent the passage of a law which would restrict the right to justice. Abortion.

This option is also not easy and can have unforeseeable consequences for American politics. Minority Leader Mitch McConnell, whom Donald Trump unsuccessfully urged to end the filibuster, urged Democrats in January to leave the filibuster alone, threatening to cripple the House with regimental tricks and transform the Senate in “scorched earth”. 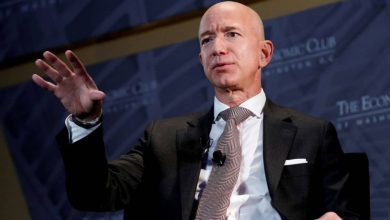 Why Jeff Bezos and Richard Branson are not yet astronauts, according to the USA – 07/24/2021 – Science