Even after the government’s tight family planning policy eased, China is poised to announce the first drop in population since demographic figures began to be recorded in 1949. Relaxation of rules aimed at reverse the decline in the birth rate in the world’s most populous country.

The latest Chinese census, completed in December but the results of which have not yet been released, is expected to show that the country’s total population is less than 1.4 billion people, according to sources familiar with the survey. In 2019, the Chinese population would have passed the 1.4 billion mark.

The sources stress that the figure is considered very sensitive information and will not be released until several ministries reach a consensus on the data and its consequences. “The census results will have a huge impact on the Chinese vision of their country and on the functioning of various sectors of government,” said Huang Wenzheng, of the think tank Center for China and Globalization in Beijing. “They have to be handled very carefully.”

The government planned to release the census in early April. On the 16th, Liu Aihua, a spokesperson for the National Statistics Department, said the delay was partly due to the need to do “more preparatory work” before the public announcement. The delay was widely criticized on social media.

Local authorities are also preparing for the impact of data dissemination. Chen Longgan, deputy director of the statistics department of Anhui Province, said at a meeting this month that the government should “set the tone” for the interpretation of the census and “pay special attention to the public reaction “.

According to analysts, a drop suggests that the Chinese population may peak sooner than official forecast and will soon be overtaken by India’s 1.38 billion people. This can place a heavy burden on the world’s second-largest economy, affecting everything from consumption to elderly care.

“The pace and scale of China’s demographic crisis is faster and greater than we imagined,” says Huang. “It can have a disastrous impact on the country.”

China’s birth rate weakened even after 2015, when Beijing relaxed its planning policies in place for decades, allowing all couples to have two children instead of just one. The population grew under the one-child policy adopted in the late 1970s, thanks to a large young population following the communist revolution and increased life expectancy.

Official data showed that the number of newborns in the country increased in 2016, but then fell for three consecutive years. The authorities attribute the decline to the declining number of young women and the rising costs of raising children.

It is possible that the real picture is even worse. In a report released last week, the Chinese Central Bank estimated the total fertility rate – the average number of children a woman will have in her lifetime – to be less than 1.5, less than l official estimate of 1.8.

“China is almost certain to have overestimated its birth rate,” says the People’s Bank of China. “The challenges posed by demographic change in the country may be greater than expected.”

A government adviser in Beijing, who spoke on the report on condition of anonymity, said these overestimates are in part due to the tax system using population figures to determine budgets, including those for education and public safety. “Local governments take advantage of this if they estimate their demographics to be on the rise, in order to be entitled to more resources,” he explained.

This situation has led to calls for a radical overhaul of birth control rules. The Central Bank report suggested that the government completely abandon its “wait and see” attitude and abandon family planning. “A loosening of politics won’t do much if no one wants to have more children.” 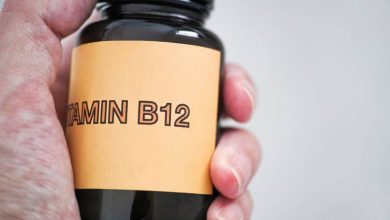 How to detect a lack of vitamin W12

Who is Amanda Gorman, the poet who claimed possession of Biden