With the increase in deforestation in the Amazon region – according to INPE, it grew by 34% within a year – the drought periods in the region are not only more intense, but also longer. Recent studies show that a third of the humidity in the Amazon comes from the forest and more than half of it from the transpiration of the trees. The increasingly worrying situation calls on scientists to investigate the extent to which the forest can withstand drought.

Mathematics Marina Hirota of the Federal University of Santa Catarina (UFSC) uses an innovative approach to determine the survival limits of more than 40,000 tree species scattered throughout the biome. With the help of mathematical models, the heterogeneity of the ecosystems is used to predict the future of the Amazon.

Taking into account specific variables, his group tries to assess the resistance of the forest to prolonged periods of drought. The current system measures the speed of overcoming the plant – how long does it have to rise after the drought? “We’ll do it differently,” she emphasizes. In other words, researchers will estimate how long the plant will stand before it goes under.

Scientists have developed a plant-based project to understand how climate threatens vegetation. In contrast to the downscaling method traditionally used in ecology, in which the climate is used to understand the effects on the forest, upscaling takes a different route and analyzes the conditions under which the scarcity of rain can collapse the forest. Hirota explains: “We took a highly researched community, that is, cuttings measuring 10 x 30 m, from the forest and using a mathematical model tried to reproduce them for the entire basin.” That is more than 5 million square kilometers.

But why bet on drought when fires and deforestation are breaking records? Hirota explains that this mediator is only the first step in a comprehensive study of resilience. “With the necessary adjustments to the variables, this tool we created can be used to predict other forest impacts such as fires.”

To the teacher, the consequences of fire, drought and deforestation are undeniable, although their result in the forest may not be as obvious as it may seem to the layperson. “If you think of the entire basin, the Amazon is very large and heterogeneous. There is no telling whether it will turn into a huge savannah. I find an uncertain conclusion, especially when we consider the reactions of different regions of the Amazon to change, ”she says. “Even when the forest reaches its extreme, these regions can maintain a forest, even if it is of a different type than the one we know today.”

Hirota believes the most heavily deforested areas – the east, northeast, and southeast of the forest – can protect the future of the Amazon. “We want to test the hypothesis that these regions, the least studied and generally the greatest targets for deforestation, have a direct impact on the resilience of the entire biome.”

If your hypothesis proves correct, our eyes should be on the most deforested parts of the territory, not the regions that are still virgin. The researcher explains that, for example, by cutting down a tree in the south of the Amazon, the south-east of the forest also suffers, as the regions are linked by the flow of moisture and the biome’s natural system of dampening the dry spells. “We’re trying to tell those who are implementing conservation policies that these are places that need to be investigated. Knowing about these plants will help us predict what will happen to the Amazon in the future. “

To study such a diverse ecosystem, the team couldn’t be different. In the group, almost exclusively Brazilians, mathematicians, physicists and economists with one foot in the field of biology came together to think about solutions for the largest tropical forest in the world – always in dialogue with traditional knowledge and local communities. “This variety of ideas helps with the bottom-up approach we use, upscaling. It was a wonderful challenge, ”concludes Hirota.

Pedro Lira is a journalist and social media at Instituto Serrapilheira

Sign up for the Serrapilheira newsletter for more news from the institute and the Ciência Fundamental blog. Do you have an agenda? Here’s how you can work together.

AstraZeneca claims to have ‘winning formula’ of Covid-19 vaccine 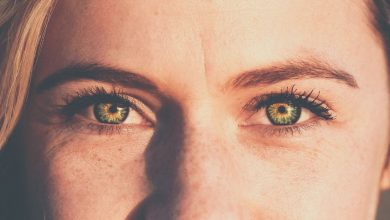 What beneficial kid nutrients for a health on a vision?