The left-wing Inuit Ataqatigiit (IA) was the most voted for in Greenland’s legislative elections, marking a victory for the environmental movement against a major Chinese-funded mining project on the world’s largest island, home to around 56,000 people. people.

With 36.6% of some 41,000 votes, the IA won 12 of the 31 seats in the local parliament. The Social Democratic Party Siumut, which has dominated the territory almost continuously since the declaration of autonomy in 1979, came in second, with 29.4% of the vote and 10 parliamentary seats.

“Thank you to the people who believed in our party to work with putting human issues at the heart of the next four years,” said IA chief Mute Egede, 34, after the results were announced.

If he can articulate a coalition with other small parties to form a majority in parliament, Egede must become the youngest prime minister in the world.

The only symbolic mark, however, is not the primary focus of AI. The party focused its campaign on the opposition in Kvanejfeld, a project run by an Australian company that has already invested more than $ 100 million ($ 559 million) in mining in Greenland with Chinese technology and capital. .

According to the United States Geological Survey, an area in the south of the island is home to the largest untapped reserve of so-called rare earths (a group of 17 metals abundant in the earth’s crust, but difficult to obtain and expensive).

The AI, however, is not totally opposed to mining and views another exploration project, called Tanbreez, with more sympathy.

The difference between the two lies mainly in the projection of environmental impacts. While Kvanejfeld intends to extract uranium in addition to rare earths, Tanbreez, who presents himself with a slogan that speaks of “greener technologies”, must disappear from the radioactive materials. The uranium frightens the Greenlanders and part of the population is talking about leaving the territory if the mining project continues.

Kvanejfeld not only plans to mine uranium, but also plans to generate 8,500 tonnes of tailings per day, which will be dumped into a lake protected by a concrete dam – the large amount of tailings, estimated by experts at 96 % of everything that is mined, this is one of the main complexity factors in rare earth mining.

For analysts, the message of the polls was clear. “It’s not that Greenlanders don’t want mines, but they don’t want dirty mines,” said Mikaa Mered, professor of arctic geopolitics at HEC Business School in Paris. “Greenlanders send a strong message that it is not worth sacrificing the environment for them to achieve independence and economic development.”

Egede, of IA, followed the same reasoning in interviews after his victory. “People have spoken. It won’t happen,” he told a local broadcaster when asked about Kvanejfeld. “Public health is the most important. We know that the project will have consequences for the environment.”

A poll published on Monday (5), on the eve of the elections, showed that 63% of Greenlanders are against Kvanejfeld. When asked about mineral exploration in general, however, 52% said they were in favor and 20% against.

The Austro-Chinese consortium had the support of Siumut, now defeated at the polls. The party stresses that a breakthrough in mining could increase tax collection and develop the local economy. This would pave the way for Greenland to become an independent country, a point also defended by the left.

Currently, the territory belongs to Denmark. Since 2009, the island has had autonomy to manage natural resources, but issues such as external relations, defense and currency are under the command of Copenhagen. The Scandinavian country sends annually more than 520 million euros (3.4 billion reais) to Greenland, which is equivalent to one third of the total budget.

The Kvanefjeld alone would bring in over US $ 200 million (R $ 1.1 billion) in annual royalties, which would generate a 7% increase in Greenland’s GDP, of around US $ 3 billion (16.8 billion). billion reais) per year.

Without the project, the territory is expected to remain dependent on Denmark and key elements of the local economy, such as fishing, which can also be harmed if the waters are polluted by mining.

Moreover, the victory of the environmental left may send the message to foreign investors that the territory has limited commercial possibilities. “The challenge for AI will be to explain to the world that Greenland is still open for business and remains an attractive mining jurisdiction,” says Dwayne Menezes, study group leader for the London-based Polar Research and Policy Initiative. .

There is still a geopolitical concern on the matter, involving the United States, the European Union and China. The arrival of a Chinese mining company would allow Beijing to invest in other structures in Greenland as well, such as roads and airports. Thus, it would increase its presence at a strategic point between North America and Europe.

With an eye on this Chinese breakthrough on rare earths, Joe Biden’s administration decided in February that the US government reconsider its international policy on the issue. The State Department urged allied countries to “carefully consider any investment” that could give China control of important infrastructure or influence national economies.

In 2019, President Donald Trump said he was interested in buying Greenland, but Denmark rejected the idea. Despite the refusal, Copenhagen and Washington are allies and the Americans have a military base on the island.

Last year, the European Union, which includes Denmark, launched a program to increase its capacity to extract and process rare earths, in an attempt to reduce its dependence on China, a country that today provides around 90% of the global supply of this land. rare earths and that it would have the power to stop the expansion of competitors in new technologies simply by delaying deliveries.

The demand for rare earths has increased in recent years, due to the application of super strong magnets, which are used in equipment such as wind turbines, electric car motors and computers – in addition to the industry. the war. 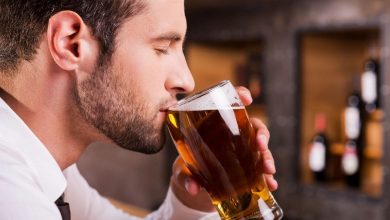 Israeli scientist Ishad claims aliens are in contact with America