A group of about three hundred immigrants, mostly Haitians, closed this Sunday morning (14) the integration bridge, which connects Brazil to Peru, in the city of Assis Brasil (310 km from Rio Branco).

Foreigners ask the Peruvian authorities to allow their entry into the country to continue their journey to their country of origin. Senegalese and Indians are also among the foreigners.

The group stayed in shelters provided by the city for more than thirty days while awaiting permission to leave Brazil. The delegate of the federal police in the region, Antônio Carlota, said that the demonstration took place because false information was circulating that today Peru would allow foreigners to enter the country.

“There was news that they could cross the bridge today [domingo]. They went there and as they could not pass, they closed the bridge and demand that the section be released, ”explains Carlota.

Peruvian police placed armed men at the head of the bridge to intimidate immigrants, which created a climate of tension.

Also according to Carlota, the PF has sent more agents to strengthen security in the border strip and is studying to relocate the Pronto Intervention Group, a tactical group specializing in this type of situation.

The delegate said the fear is that the group will find its way to Inãpari, the first town on the Peruvian side, which could generate conflict there.

Assis Brasil Mayor Jerry Correa (PT) has asked for help from Acre and the federal governments to secure resources to continue providing shelter and food to immigrants. They currently alone occupy two public shelters and two rented houses in the city.

This Saturday (12), the government of Acre distributed basic baskets in shelters and carried out an operation in the border strip to slow down the performance of coyotes.

According to delegate Rêmulo Diniz, of the Frontier Special Group (GEFRON), of the Public Security Secretariat of Acre, around 40 immigrants who were preparing to cross the border with the support of coyotes have been located. Coitus charges R $ 50 to cross each person.

Four men, two Brazilians and two Peruvians, were arrested on suspicion of having acted as intermediaries for immigrants. 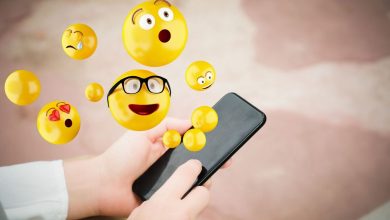