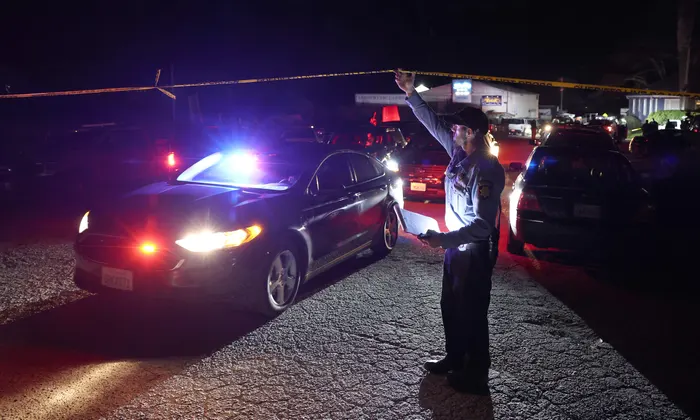 Authorities announced on Monday that seven people were slain in an agricultural region of northern California, the latest killings to shake the state recently.

What happened in Half Moon Bay?

According to police, two deadly gunshots occurred on the outskirts of Half Moon Bay, a seaside city about 30 miles south of San Francisco.

Deputies responding to a complaint discovered four individuals dead and a fifth victim injured in Half Moon Bay, then found three more dead in a neighbouring area, sheriff Christina Corpus said at a press conference on Monday evening.

“This is a heartbreaking tragedy for this town and the many families affected by this senseless act of violence,” Corpus added.

Zhao Chunli, 67, has been detained in connection with the shooting, according to police.

The shootings are being viewed as connected. However, the link between the places was not immediately apparent. The suspect worked at one of the firms, according to Dave Pine, president of the San Mateo County Board of Supervisors.

The incident came after 11 people were killed over the weekend at a ballroom dancing facility in Monterey Park, California, near Los Angeles. It also follows a shooting in California’s Central Valley last week that killed six people, including a baby, in the tiny hamlet of Goshen.

Seven people were killed during the shootout.

The sheriff’s office stated four people were discovered dead with gunshot wounds at a nursery in the 12700 block of San Mateo Road (Highway 92). Another shooter was brought to Stanford Medical Center with potentially fatal injuries.

According to the sheriff’s office, three other shooting fatalities were discovered shortly after that finding at another nursery along the 2100 block of Cabrillo Highway South.

Zhao shot three of his victims in trailers near the field where they worked, then murdered two more in the area itself, according to officials.

“Tonight’s victims were farmworkers. There were youngsters there at the scene. This is a terribly tragic situation in our town “said Ray Mueller, the supervisor.

How did the police react?

“This is a heartbreaking tragedy for this town and the families affected by this senseless act of violence,” Corpus added.

A family reunion centre has been established in IDES Hall, situated at 735 Main St. in Half Moon Bay.

The shootings in Half Moon Bay came on the heels of a weekend mass shooting in Monterey Park, California, that killed 11 people.

“This type of shooting is heinous,” Corpus remarked. “It’s a tragedy we hear about all too frequently, but it touched home tonight in San Mateo County.”

California Gov. Gavin Newsom says he learned of the mass shooting in Half Moon Bay while speaking with victims of the Monterey Park massacre.

“Tragedy upon tragedy,” he tweeted.

Read Also: Model Jeremy Ruehlemann dead at 27. The question is why?