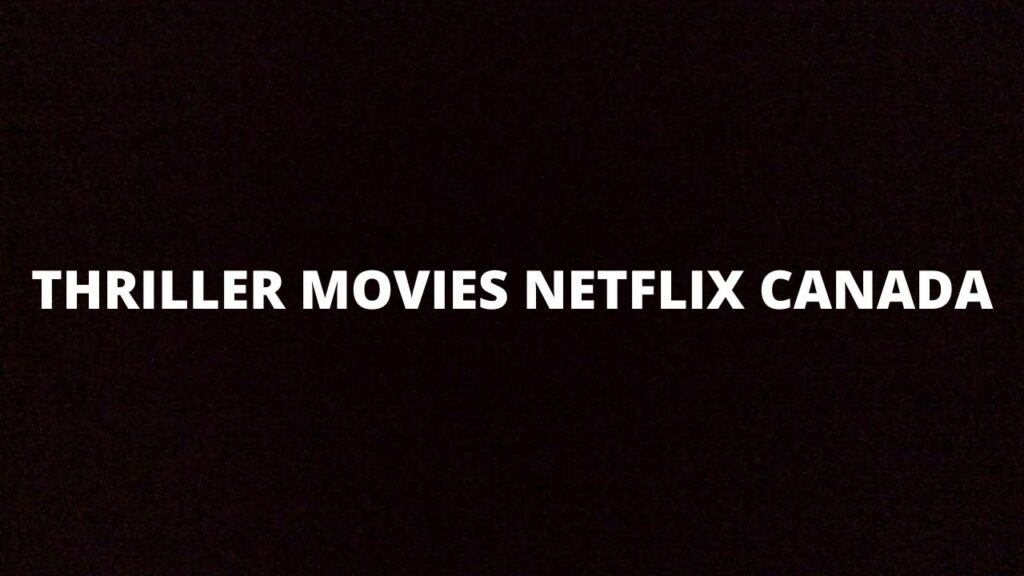 You want Netflix to give you a jolt sometimes, and other times you want it to provide comfort food. When the latter is the case, you’ll want an excellent thriller that may not be overly graphic but manages to terrify you to your core. The streaming service has a good range of choices in the genre, but they also have a lot of other films categorised as “thrillers” that wouldn’t be the best use of your time. To spare you some scrolling, we’ve updated our list of the top thriller films on Netflix. One can browse Netflix’s extensive collection of the greatest movies to liven up those weekend evenings. When a viewer is in the mood for some brain teasers, Netflix provides the best thrillers in addition to sweet romances. Here is a selection of the top thriller movies available on Canadian Netflix that you can watch this weekend. 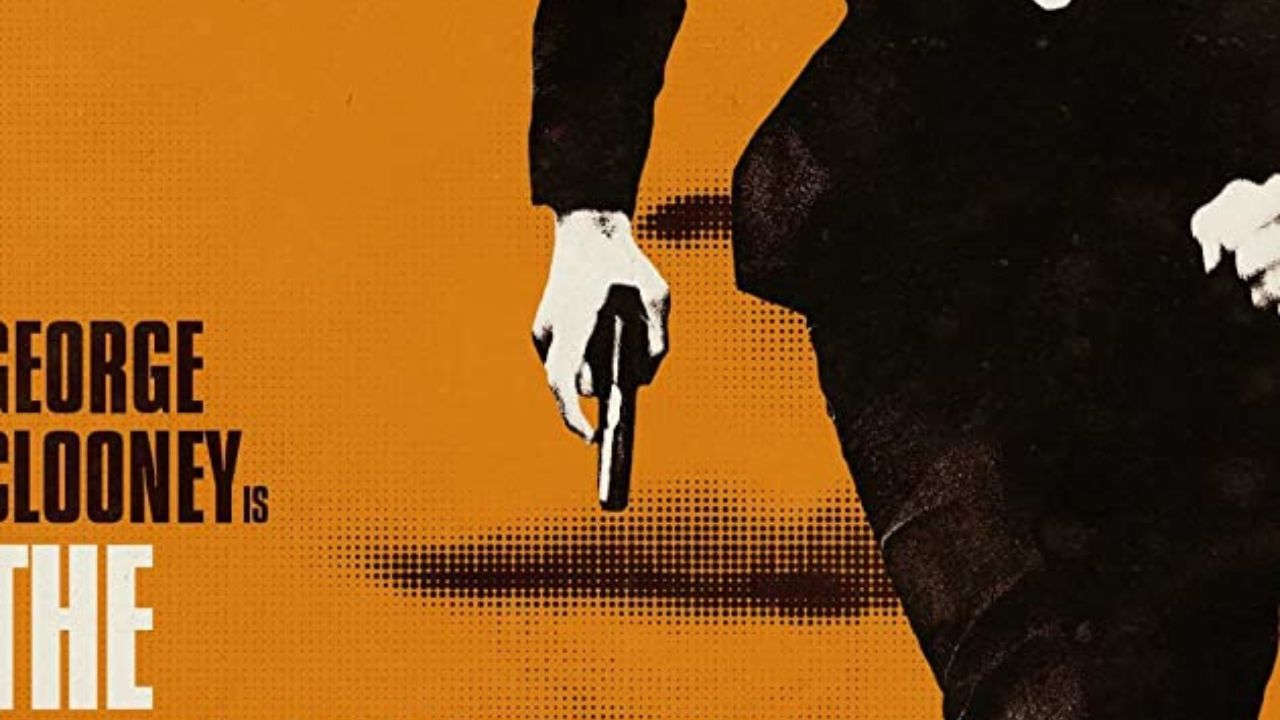 A 2010 American action thriller starring George Clooney, Thekla Reuten, Violante Placido, Irina Björklund, and Paolo Bonacelli, The American was directed by Anton Corbijn. [4] It was partially based on Martin Booth’s 1990 novel A Very Private Gentleman, and Rowan Joffé wrote the script. The motion picture premiered on September 1st, 2010. Critics gave it favourable reviews, making it $67 million worldwide. The American distils decades’ worth of American film noir and European art cinema to create one of the most exquisite thrillers ever filmed. A wonderfully fatigued George Clooney plays against type in it. Clooney plays Jack, a gunmaker and contract killer in hiding who accepts one last job: to create a unique sniper rifle for a fellow assassin. The film is primarily set in the southern Italian hamlet of Castel del Monte. Although there are a few casualties along the road, a seductive romantic getaway, and some introspection, the strain is never relieved. 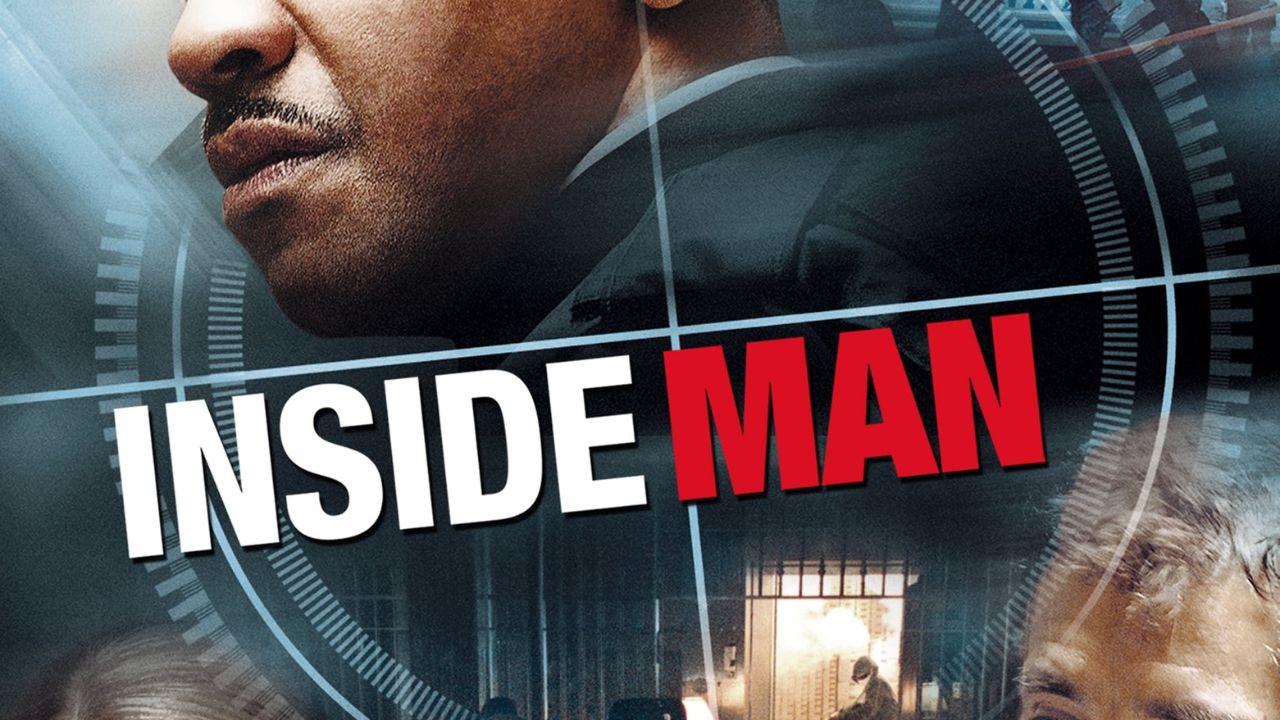 A 2006 American heist thriller called Inside Man was written by Russell Gewirtz and directed by Spike Lee. It revolves around a complex bank heist on Wall Street over a day. The movie stars Christopher Plummer as the bank’s founder Arthur Case, Denzel Washington as the NYPD’s hostage taker Detective Keith Frazier, Clive Owen as the heist’s mastermind Dalton Russell, and Jodie Foster as Madeleine White, a Manhattan power broker. She gets involved in the case’s (Christopher Plummer’s) request to keep something safe from the robbers in his safe deposit box. Before beginning to write what would eventually become his first original screenplay, Gewirtz spent five years refining the idea. He finished the script in 2002, and Imagine Entertainment bought it so that it could be produced by Universal Pictures, with Ron Howard, the co-founder of the earlier business, engaged at the helm. 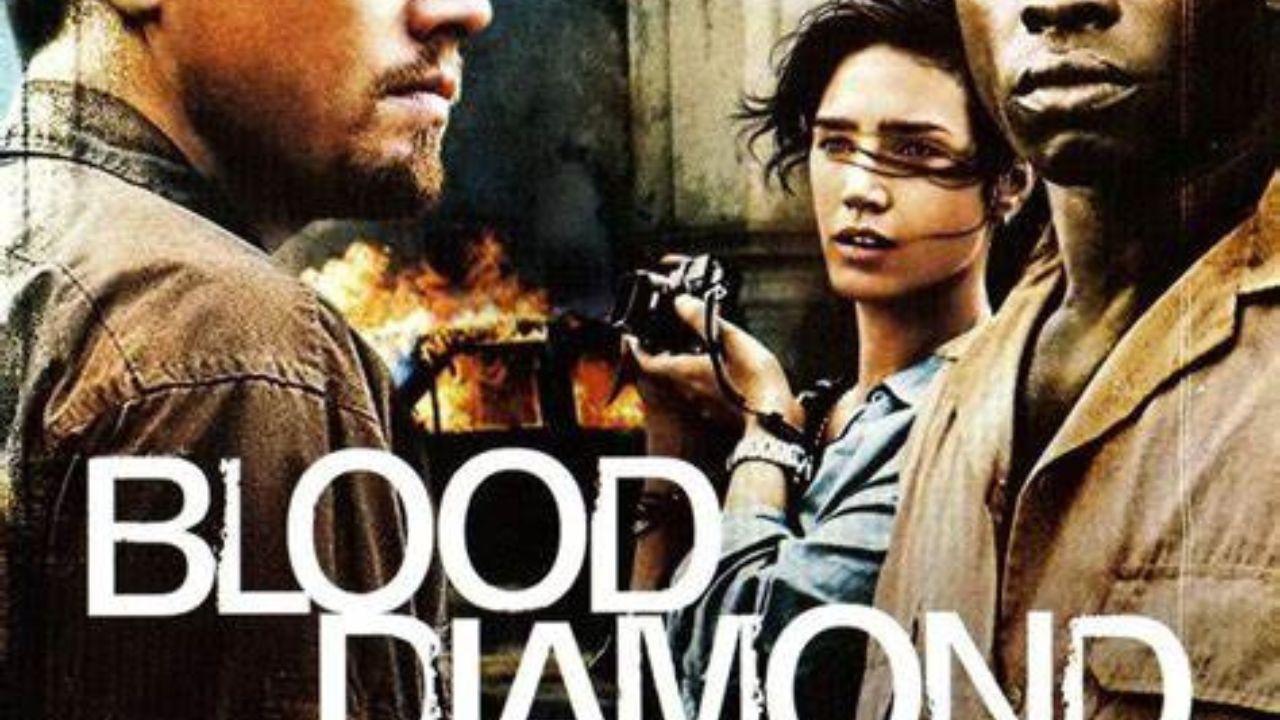 In the 2006 American political war action thriller Blood Diamond, starring Leonardo DiCaprio, Jennifer Connelly, and Djimon Hounsou, Edward Zwick was the director and co-producer. The term “blood diamonds” refers to diamonds that are mined in conflict areas and sold to fund hostilities, benefiting warlords and diamond firms all over the world. This Edward Zwick film follows a Rhodesian smuggler (Leonardo DiCaprio) and a Mende fisherman (Djimon Hounsou) as they search for a rare diamond. It is a nasty action-thriller about the horrors of war and the dark side of global trade. Jennifer Connelly, an American journalist, is working to expose the shadowy business. This is excellent Entertainment on all levels, from the action scenes to the political messages. 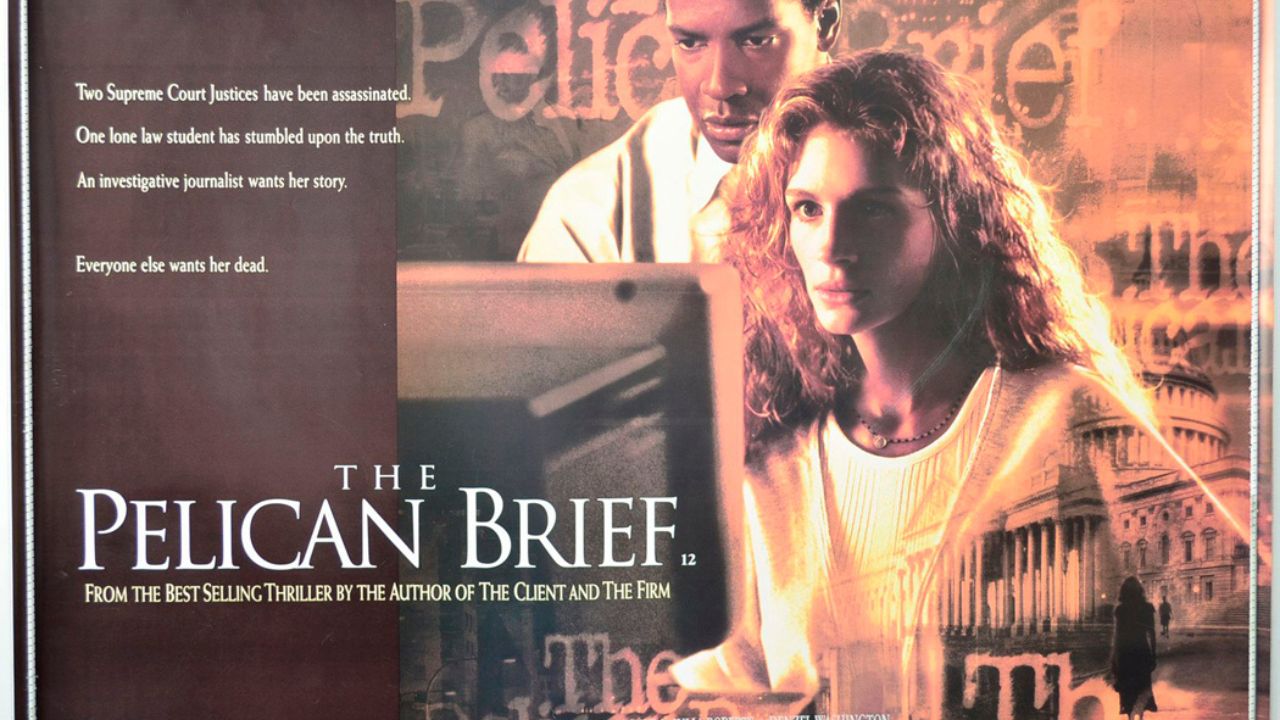 Based on John Grisham’s 1992 novel of the same name, The Pelican Brief is a 1993 American legal thriller movie. Julia Roberts plays young law student Darby Shaw in the Alan J. Pakula-directed movie, and Denzel Washington plays Washington Herald reporter Gray Grantham. The film, which had music by James Horner, was the final one to have Pakula serve as both the writer and the director before his passing. Denzel Washington plays an investigative reporter who wants to make sure her story is published in The Pelican Brief, which stars Julia Roberts as a law student who learns the reasons behind the murders of two Supreme Court Justices. The screenplay plays out like a typical step-by-step procedural based on John Grisham’s book of the same name. Still, Alan J. Pakula’s (All the President’s Men) superb direction and the two leads’ passionate performances transform a potentially predictable picture into an intolerably tense one. 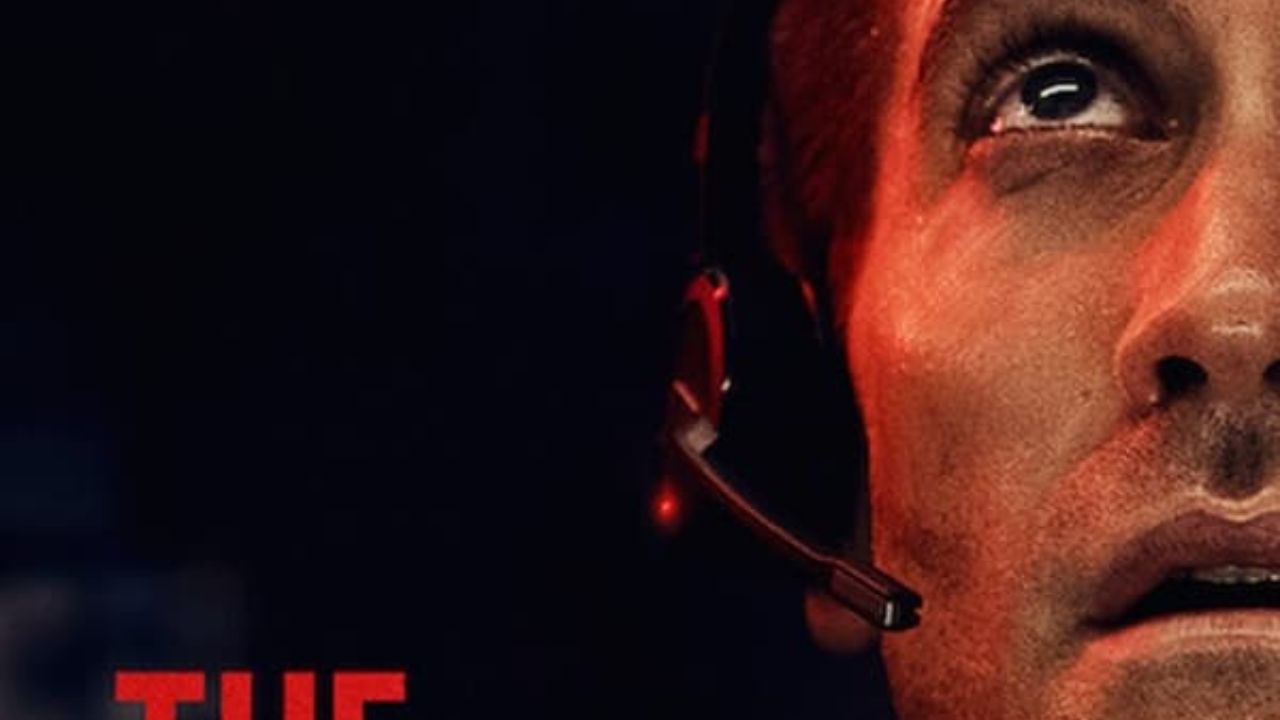 The movie Guilty is a 2021 American crime thriller movie that Antoine Fuqua produced and directed from a Nic Pizzolatto screenplay. Jake Gyllenhaal and Christina Vidal lead this version of the 2018 Danish film of the same name, which also features the voices of Ethan Hawke, Riley Keough, Eli Goree, Da’Vine Joy Randolph, Paul Dano, and Peter Sarsgaard. Denzel Washington plays an investigative reporter who wants to make sure her story is published in The Pelican Brief, which stars Julia Roberts as a law student who learns the reasons behind the murders of two Supreme Court Justices. Based on John Grisham’s book of the same name, the screenplay plays out like a typical step-by-step procedural. Still, Alan J. Pakula’s (All the President’s Men) superb direction and the two leads’ passionate performances transform a potentially predictable picture into an intolerably tense one.