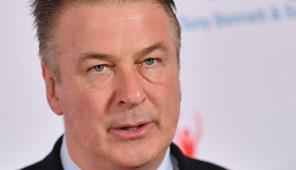 The police investigation into the fatal shooting with a utility pistol fired by Alec Baldwin during a shoot on Saturday focused on the specialist in charge of the weapon and the assistant director who gave it to the American actor.

Ukrainian-born cinematographer Halyna Hutchins, 42, was hit in the chest and died shortly after the incident that occurred Thursday in New Mexico, while that the director Joel Souza, 48, who was behind her, was injured, hospitalized and discharged.

The police questioned Baldwin, who cooper voluntarily, but has not brought charges against him. obtain a search warrant, local media reported.

The affidavit ensures that Deputy Director Dave Halls, identified as the man who handed the gun to Baldwin yelled “cold gun” as he did so. It is the language of the industry to indicate that a weapon has only one bullet. The court document, obtained by AFP, says that Halls did not know that the weapon was loaded.

The police are focusing on the exact sequence of events that allowed the live ammunition to be introduced into the “Rust”, a “western” set in the 19th century.

On the phone call to the emergency number 911 immediately after the shooting, you could hear the commotion and the rage he felt on set.

“We have two people who were accidentally shot with a utility pistol; we need help immediately,” says the person calling a police officer .

“Was it loaded with a real bullet?” Asks the operator. “No … I can’t tell you,” responds the caller. “This son of a bitch is supposed to check guns, he’s responsible for what happens on set.”

Gun safety guidelines detailed by the Actors’ Equity Association group specify that “all loading of firearms must be carried out by the owner of the property, the gunsmith or experienced persons working under their direct supervision.”

The guidelines recommend: “Before each use, make sure the weapon has been tested off-stage and then test it yourself. Watch as the propmaster checks the barrels and barrel to make sure no foreign objects or dummy bullets have lodged inside. “

Baldwin said on Friday that he was heartbroken and that he was fully cooperating with the investigation into “how this tragedy happened.”

Retweet a story from Variety magazine titled ” Alec Baldwin was told the prop gun was safe prior to the fatal shooting, according to a statement. sworn ration “.

The pistol used, and two others, were provided by the film’s weapons master, Hannah Gutirrez-Reed, 24 and daughter of Thell Reed, a longtime gunsmith in the motion picture industry.

In a September podcast, young Gutirrez-Reed said that she had some trepidation about taking on the role of lead gunsmith for the first time in the previous movie she worked on, “The Old Way.”

“I was very nervous at first and almost didn’t take the job because I wasn’t sure I was ready,” she said on the “Voices of the West” podcast, before adding: “But doing it, everything went very well.”

Halls and Gutirrez-Reed could not be immediately reached for comment.

Prosecutor Mary Carmack-Altwies said in a statement Friday that the case is in its preliminary stages. , and added: “At this time, we do not know if charges will be filed.”

The newspaper Los Ang The Times, citing anonymous sources, reported that there had been at least three utility gun failures prior to the fatal accident, and that some members of the team had protested the working conditions.

Newspaper reported that at least one camera operator had sent a message to a production manager, saying: “There have already been three accidental discharges. This is super unsafe. “

Rust Movie Productions said in a statement that it had not heard of any” official complaints, “but that it would” continue to cooperate with the Santa Fe authorities. ” was conducting an internal review.