Flood survivors in Zhengzhou, capital of Henan Province, China, shared their experiences amid the natural disaster. At least 25 people have died in what meteorologists have called the worst rains in 60 years in the city.

“The water was hitting my chest,” wrote one survivor, trapped in the subway, on social media. “I was really scared, but the scariest thing wasn’t the water, it was the dropping oxygen level in the car.”

According to the local weather service, it rained more in the past four days than expected for the entire year, and it is expected to continue to rain for the next three days.

The authorities have decreed the maximum level of risk. So far between 100,000 and 200,000 people have had to leave their homes, part of public transport has been suspended, flights have been canceled or postponed, highways have been closed and the city’s largest hospital has lost electricity.

With the bus services stopping, several people decided to take the metro, causing a tragedy, a resident of the city told Reuters, referring to at least 12 victims of the flooding from the cars. The resident, identified only by his last name Guo, said he had to spend the night in his work office.

A man who managed to escape told Chinese public television CCTV that he threw away his things to leave. “My shirt, my backpack, whatever I could take off, I threw it away. People around me clung to the handrails as a dozen of us climbed. [para fora do túnel]”.

On the Weibo social network, Internet users shared their terror during the flooding of metro line 5. “Water has seeped more and more through the openings between the doors,” said a woman, who was returning home around 5 p.m. Tuesday (5 p.m.) when her train stopped between two stations near the station. city.

Another user said he had to stay in the car after an unsuccessful attempt to evacuate passengers from the train. “Half an hour later, the water level continued to rise inside the car, from the ankles to the knee and then to the neck,” he said. “The power has been cut. For the next half hour, it was difficult to breathe. “

Relatives of town residents were unable to reach residents of the area due to a media drop, so they turned to social media, seeking news. “Is the second floor in danger? My parents live there, but I cannot reach them by phone,” one person wrote. 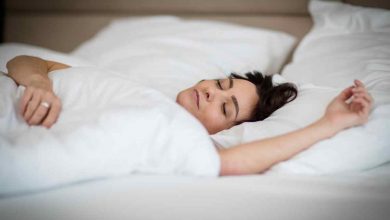 Melatonin: Myths With Truths About One About The Hormones That Regulate Sleep