Angolan President João Manuel Lourenço refused to receive a Brazilian parliamentary delegation to defend the interests of the Universal Church of the Kingdom of God in this African country.

The request for Lourenço to agree to meet a mission led by MP Marcos Pereira (Republicanos-SP), the Chartered Bishop of Universal, was made by Vice President Hamilton Mourão (PRTB), who met with the leader Angolan last week.

Mourão traveled to Luanda for the CPLP (Communities of Portuguese Speaking Countries) summit and had a bilateral meeting with Lourenço.

Jair Bolsonaro’s government has been urged by Universal and the Evangelical Caucus to engage in defense of the institution in Angola, where the church led by Bishop Edir Macedo is facing a crisis.

Worried about the loss of support in the evangelical base, Bolsonaro chose Mourão, as the newspaper O Estado de S. Paulo shows, to launch a direct appeal to Lourenço, taking advantage of the CPLP’s agenda. At the summit, the group’s countries debated issues such as entity reform and regional security, such as the advance of jihadists in northern Mozambique.

According to interlocutors, there were two requests from the deputy for Lourenço about Universal: that the Angolan government guarantee fair treatment to the church in legal proceedings against the confession in the country and that the President of Angola receive a mission of evangelical parliamentarians.

But the deputy did not find any willingness from Lourenço to respond to requests from the Brazilian wing of the church.

Lourenço justified that it was not appropriate for a delegation of members of Congress to be received by the local executive. He said a mission of members of the Brazilian Congress would always be welcome to meet Angolan MPs, whenever they are duly invited by the country’s Congress.

In practice, Lourenço has closed the door, at least in the short term, to the visit desired by the evangelical bench.

The Angolan leader has a strong influence on the local Congress and has not shown any signs that he intends to support an invitation to this effect.

In the assessment of those following the theme, it became clear after Mourão’s visit that the Angolan government has no political interest in making gestures to the Brazilian command of the church.

Lourenço’s irritation with Universal is now practically irreversible, according to the interlocutors.

The last straw were comments made in a Record TV news program in Brazil linking Angola’s first lady Ana Dias Lourenço to cases of corruption – an episode which rippled through European media .

The Universal Church in Brazil controls TV Record and Republicanos, the party that supports Bolsonaro in Congress.

The formation of a mission of evangelical parliamentarians in Angola was decided after a meeting in Itamaraty in May, in which deputies linked to churches complained about the lack of support from the Bolsonaro government on the issue.

The meeting took place just days after 34 Brazilians linked to Universal’s missionary work received notification from authorities in Luanda that they would be deported.

Since then, Bolsonaro has tried to show evangelical leaders that he is determined to stand up for the Universal Church in the crisis this African country is going through.

The main gesture so far has been the selection of former Rio de Janeiro mayor Marcelo Crivella as Brazil’s new ambassador to South Africa. Crivella is also an accredited bishop of Universal.

Crivella’s appointment has sparked complaints from Angolan government officials, who fear he could turn the diplomatic mission into a church outpost on the African continent.

Bolsonaro has sent a formal request to South Africa regarding Crivella’s name, but no response has yet been given. After the South African protest, Crivella’s nomination must be officially passed on to the Senate, which is responsible for guaranteeing the choice. 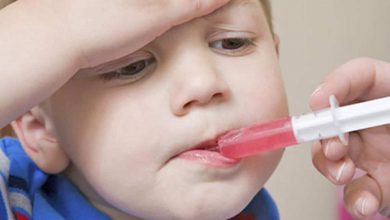