According to Pedro Monzón, Consul General of Cuba in São Paulo, his country is the target of disinformation campaigns abroad, which seek to exaggerate the weight of both protests and repression on the island, in order to open up the way to a military invasion disguised as humanitarian aid.

“Our repression was even cordial. We did not use rubber bullets or water cannons against demonstrators, as in countries in Latin America or Europe. We just arrested people who committed crimes. acts of vandalism, attacked the police, like any other country would, ”says Monzón.

The Consul has been in Brazil since 2019. Previously, he served in diplomatic missions in countries such as Japan, Malaysia and Australia. He spoke with Folha by phone.

How do you assess the current wave of protests in Cuba? There were epidemics in several provinces, but the demonstrations did not have the character of crowds. They were simultaneous, which suggests some coordination. The largest of the groups numbered around 400 people, which were made up of revolutionaries, naive people, who did not have a clear political vision, and by a hard core, which we have proven in many ways receives funding. . In the United States, there are very aggressive YouTubers, who demand the invasion of Cuba, say terrible things, that we have to put an end to the Cubans. They stay in Miami and receive money from American agencies. It’s hundreds of thousands of dollars to encourage destruction and insubordination in Cuba. These groups gave a political character to the protests.

There is also a brutal communication campaign, and you know it works. They are made to destroy regimes. It’s a form of hybrid warfare, a soft hit, that doesn’t use weapons, so there is a noble image, but this fight is done with lies. It has happened now.

What fake news is circulating? The press has multiplied the protests, saying that there are thousands of people, general insubordination, as never seen before, etc. They spoke of thousands of people on the Malecón [principal via de Havana]. There was no protest there. They posted pictures of protests in Egypt, of a football party in Europe, and they say it was in Cuba. They say that Raúl Castro [ex-líder do país e irmão de Fidel Castro] takes refuge in Venezuela. We are trying to create a virtual Cuba, on the verge of failure.

Why would the United States be behind this? It is not a naive country. They want to dominate and maintain hegemony, especially now that China is on the rise, that changes are taking place in Latin America, with an advance of leftist governments, and they want to stop that. For the United States, Cuba is a thorn in the Caribbean because it has broken its hegemonic pattern and ceased to be an annex, a Las Vegas dominated by mobsters.

We will no longer accept this domination. Now, they have used a lot of money and digital resources, like bots, to encourage hashtags like SOSCube, which means there is a health crisis in Cuba, one of the countries that has best controlled the pandemic, with one of the lowest rates. infection and death worldwide. How many people in Latin America have died on the streets because of the pandemic? They must have dug holes en masse. This did not happen in Cuba, but they mean yes, to justify a humanitarian intervention, which will in fact be a military invasion against the local government. They want to create a corridor where planes can enter and exit without any control. Cuba cannot allow that.

How do you explain the repression of demonstrations, with dozens of prisoners? The repression in Cuba is minimal and very controlled, for cases of violation of the law. We have been very noble in this regard. People who raided shops, smashed windows and attacked police were arrested. Nowhere is this type of vandalism permitted. They will be treated legally. There are a lot of people in Cuba who have called for the invasion of the United States, the tightening of the blockades, and they are free. In Cuba there is no repression of crowds like in Europe and elsewhere, who disperse people with tear gas and rubber bullets. There were so many scenes like that in other countries. Why did we not talk about American intervention in these cases?

There have also been reports of internet blocking. The internet goes down due to power outages, which shut down the servers. There is no policy for this. [cortes propositais]. The government wants to expand Cubans’ access to the Internet, which brings bad things, a lot of garbage, but also a lot of good things. But we have difficulty connecting to the world because of the blockages. We cannot connect to cables leaving the United States and crossing the sea on our side.

How does the government intend to react to the actions? the cuban president [Miguel Díaz-Canel] went to San Antonio de Baños [um dos locais de protesto] and talked to the people, something few presidents do. Cuba has been blocked for over 60 years by the United States. The barriers had been relaxed under the Obama administration, but were tightened under Trump, even during the pandemic.

Tourism, sending remittances from abroad and importing petroleum have been banned. With the lack of oil and the wear and tear of the electrical installations came the blackouts. For a Cuban, a blackout is terrible, and even more so in summer. There is humidity and heat, and without a fan or air conditioning, it is very difficult. And darkness breeds depression. It leads to discontent. In Los Baños, people were also asking for vaccines, and Cuban vaccines, which we developed with China. We came in with intelligence, and China with the equipment.

The Cuban people are a fighter and a rebel. If the people had felt that the government was a failure, it would have already ended, as it did with the tyranny of Batista [ditador deposto pela Revolução Cubana, em 1959]. In Cuba, there is no delinquency, no one lives in the streets or dies of hunger, all the children go to school and the level of education is very high. There is universal public health.

How do you assess relations with Brazil today, given that Jair Bolsonaro’s government is very critical of Cuba? They spread many lies, brutally attacked Cuba. They said that our doctors were unprofessional, that they would be intelligence, that they were looking for guerrillas. But we are sure that this is a situation and that relations will be restored, because there is no sense in this bitterness. We have important commercial relationships, which continue despite everything.

Brazilian businessmen have good relations with Cuba and do not like the blockade [americano]. They go there, smoke a [charuto] pure, they drink a rum, which is among the best in the world. We give a pure, and the person becomes our friend forever.

Pedro Monzon Barata, 75
Consul General of Cuba in São Paulo since 2019. He has held Cuban diplomatic posts in countries such as Australia, Brunei, Japan and Malaysia. He is a researcher at the Center for International Policy Research (CIPI), in Havana, and holds a master’s degree in Asian and North African studies from the Colegio de México.

Guaidó offers negotiation with Maduro, with elections in exchange for end of sanctions – 11/05/2021 – Worldwide 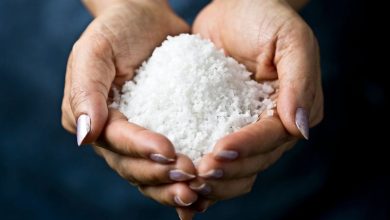 As child the important functions of sodium in the body