Between the two historic moments, there was an experience of the international community with the effective participation of Brazil which, as we can now see, had practical results that were disappointing to say the least.

For more than a decade, a UN peacekeeping mission has sought to build the institutions of a country that has lived in virtually uninterrupted turmoil since its independence in 1804.

The inspiration that the “Black Republic” aroused in popular movements in Latin America and Africa, for having been formed by descendants of slaves, has dissipated in a succession of coups, massacres and armed conflicts over the following centuries.

To Haiti’s material poverty has been added the unfortunate geographical situation, in a region prone to hurricanes and earthquakes, which has further delayed any prospect of development.

In 2004, when Aristide was under siege by armed groups that controlled the capital, Port-au-Prince, and other major cities, an action led by the United States and France “invited” the president to resign. , which was then denounced by his supporters. like a coup in disguise.

A robust international mission, the Minustah, immediately entered the scene, whose military component was offered and readily accepted by Brazil, while the ambitious foreign policy of the governments of Luiz Inácio Lula da Silva (PT) begins. .

Over the next 13 years, with the exception of short intervals, Brazilian generals commanded an international contingent that assembled more than 7,000 troops from 22 countries.

It was not a cheap adventure, but one that was funded to bring returns in terms of international prestige and troop training. The expenditure for the Brazilian funds is calculated at 2.5 billion reais. During the period, 37,000 Brazilians were sent to the Caribbean country.

Ironically, many of the generals whose careers benefited from the mission, mostly sponsored by the Lula government, came to occupy important positions under Jair Bolsonaro.

Among them is the troop’s first commander, General Augusto Heleno Ribeiro, currently Chief Minister of the Office of Institutional Security of the Presidency.

Immediately, Heleno is given the first mission to fight the armed groups that control the center of the capital. While the task was relatively successful at the time, forcing the gangs to back down, signs of exaggeration abound in operations.

The most controversial episode, which had the direct command of the Brazilian general, was Operation Steel Fist, against gang leader Emmanuel “Dread” Wilmer, on July 6, 2005. The attack on the Cite Soleil favela, with A contingent of 440 military personnel, he achieved his goal of eliminating Wilmer and his cronies, but accusations of civilian deaths immediately surfaced. The figures cited reached up to 60 victims.

The UN investigations, however, did not point to the responsibility of the military, which only reinforced the image of Brazilians invaders doing the dirty work with impunity on behalf of the Americans.

The point is that the brutal action of the UN occupation force has given the country a semblance of normalcy for years to come. In 2010, the devastating earthquake that killed up to 200,000 people, followed by a cholera epidemic, led to an even greater increase in the international presence, which remained more or less unchanged until 2017.

Since leaving the United Nations, however, Haiti has resumed its cycle of political and institutional instability, which shows that the international community has failed to achieve its main objective, that of laying the foundations for a stable democracy.

Haiti today, in some ways, looks worse than the turbulent times of the dictatorships of François Duvalier (Papa Doc) and his son Jean-Claude (Baby Doc), who ruled the country for nearly three decades. , until the 1980s.

At that time, the violence was concentrated in the state, under the responsibility of paramilitary groups who executed opponents. Haiti today is no less brutal but more unpredictable, with hotbeds of threat coming from many sources.

The effort to stabilize the country seems more difficult today than it was 17 years ago, when it was thought that a troop of peacekeepers under Brazilian command would be enough to resolve the weaknesses of two centuries of history. . 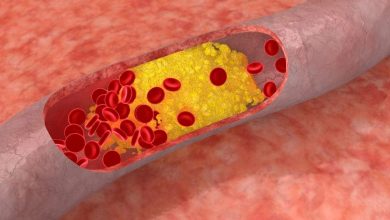 Link between high cholesterol and cancer