After spending the week trying to keep his distance from the international scandal caused by the hijacking of the leak of a blogger opposing the Alexander Lukashenko regime in Belarus, President Vladimir Putin supported his ally on Friday (28).

The motivation was clearly expressed by the Russian president himself, speaking to reporters before the start of the closed-door meeting. “We are building the State of the Union,” he said, stressing “concrete measures” in this regard.

The two met in Sochi, Putin’s favorite Black Sea resort. Putin criticized the West for “the explosion of emotions” surrounding the action of Lukashenko, who ordered a fighter to intercept and hijack blogger Roman Protasevich and his girlfriend on Sunday (23).

A lame excuse for the risk of a bombing on the flight was given, and the pair on board were arrested. The plane of the Irish company Ryanair was going from Greece to Lithuania, where the opponent lives.

The European Union has decreed new sanctions against the Belarusian dictatorship, which has been rocked by protests since Lukashenko allegedly stole a new election in August last year.

In power since 1994, he is a difficult but vital ally for Putin. Its weakening was seen in Moscow as a prelude to the fulfillment of an old Russian dream, the creation of the so-called State of the Union between the two countries.

The state, a supranational entity created when Putin was prime minister in 1999, technically brings the two countries closer together – which share cultural and linguistic roots, were part of the Soviet Union, and are close partners.

Putin recalled an episode in 2013, when Bolivian President Evo Morales had to land in Austria because several European countries refused his plane to pass through their airspace because they suspected it was carrying informant Edward Snowden from Moscow. in La Paz.

“The president got off his plane and nothing, silence,” Putin said. In fact, countries like France apologized to Evo later. “It’s meant to turn the country upside down,” Putin said, saying “what these Western friends expect from us is clear.”

Analysts close to the Kremlin predict sweeping advances. “We look forward to the recognition of Crimea as part of Russia, a new state level of the Union, a single currency, the formation of a single government,” Sergei Markov said in a message, who in the 2000s advised Putin.

He denies that his former boss is pressuring Lukashenko “in an abusive manner”, but believes the Belarusian is likely to give in.

So far, the dictator has never accepted Putin’s terms, fearing to lose his own power and the influence he has over his strategic position. Belarus is a buffer between Russia and the West, like Ukraine, but since 2014 the government in Kiev has been hostile to Moscow.

This led Putin to annex Crimea and foment civil war in the east of the country, preventing its absorption by European power structures, notably NATO (military alliance). Lukashenko, significantly, never officially recognized the peninsula as Russian.

The street protests in August last year changed the situation. Lukashenko relied on Putin’s offers of military support and the two countries stepped up their joint maneuvers, alarming the West.

The dictator stepped up his crackdown at a time when Putin followed suit in Russia, with the arrest of opponent Alexei Navalni and the fight against the resumption of street protests in the country. In addition, the troop movements in Ukraine led to a crisis with NATO last month.

There is also the question of energy, with 1/4 of Russian oil destined for Europe passing through it. Europeans consume 30% of the product of Russian origin. Already 1/5 of natural gas, which represents 40% of the market in the west, passes through Lukashenko land.

Finally, the proximity of the Belarusian elite with the eastern neighbor is not negligible, which always leaves at hand the possibility of creating an alternative ally within the political system for the Russian.

The Protasevich prison crisis, daring even by Belarusian standards, does not seem to have pleased Putin. There were moderate Kremlin protests throughout the week, forcing Lukashenko to pay homage to the boss himself.

This Friday, the Kremlin denied blocking the arrival of European flights, which now refuse to fly over Belarus. Two arrivals, Air France and Austrian Airlines, were ultimately canceled.

“There were technical problems” due to the change of route, spokesman Dmitry Peskov said. “We don’t need any more problems, we already have our own.”

Europe is trying to react, but its room for maneuver is short. Also on Friday, the European Commission sent a message to opposition Svetlana Tikhanovskaia, who, after losing the elections to Lukashenko, fled to Lithuania, promising aid worth 3 billion euros (19.1 billion reais ) if Belarus becomes a democracy again.

“No measure of repression, brutality or coercion will bring legitimacy to the authoritarian regime,” he said. Now we have to agree with the dictator. 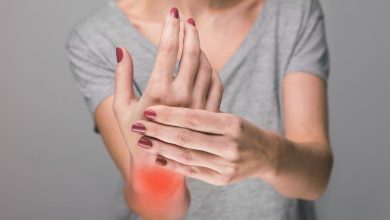