Not all are as harmless as what breaks out in Iceland

In the last few weeks the news has given us beautiful pictures of the eruption of an Icelandic volcano 30 km from the capital Reykjavik. Scientists take the opportunity to collect fresh lava samples while residents play volleyball near the volcano that has become a tourist attraction. The apparent serenity of the eruption can mislead the viewer about the dangers that active volcanoes pose. But not every volcano in the country is that harmless.

In the 18th century, nine thousand Icelanders died as a result of a large-scale volcanic eruption. In the Nile Valley, 5.5 thousand kilometers away, the Egyptians experienced one of the greatest agricultural crises in their history, causing a wave of starvation and wiping out 1/6 of the region’s inhabitants.

Apparently separate, the two events were caused by different agents by the same author: the Laki volcano in southern Iceland. The immediate effects were felt by the Icelanders, who inhaled toxic gases and lived with the dire effects of the vast volumes of lava. At the second location, the deaths were caused by the ash cloud spreading southward, which in addition to particulate matter also contains gases such as sulfur, which in high concentrations can lower temperatures and cause acid rain, both with catastrophic effects on agriculture.

Another Icelandic volcano had effects known around the world. The Eyjafjallajökull explosion in 2010 disrupted global air travel, which had serious economic and social consequences.

But why did volcanoes in the same country have a significant impact on such different geographic areas? The answer, which is heartbreaking for scientists, was described in an article published in the journal Nature Communications in early 2021.

Historically, volcanologists believed that the larger the particles emitted in volcanic explosions, the shorter the time they would remain in the atmosphere, and therefore the shorter the range of the ash cloud.

However, the results of the work show that even at relatively large diameters, the particles remain in suspension, moving for days and even months over distances as impressive as the more than five thousand kilometers of the ashes of the Laki volcano, or even distances. oceanic, as was the case with Eyjafjallajökull.

The mechanisms that control the dispersion of these particles involve sophisticated aerodynamic factors. However, numerical simulations and field observations have resulted in an extremely efficient system in which smaller particles can form a shell around larger particles and suspend them. This sustained triggering is due to the greater interaction provided by the increase in surface area of ​​the particle aggregate and the intricate air convection cells that form in the contacts between them. It is as if by hitchhiking onto a relatively large particle the smaller ones were finding a more efficient way to reach larger numbers at much greater distances. It is no coincidence that the mechanism was called rafting in relation to extreme sports.

The news is heartbreaking for one reason in particular: the studies were conducted by observing relatively small volcanoes that don’t shadow the largest eruptions the earth has ever seen. One of these giants, the now dormant Yellowsone System, can cause explosions the size of which cannot even be specified in books, as the size of volcanism is represented on a logarithmic scale – both for volcanoes and the Richter scale for earthquakes.

The Yellowstone chain of volcanoes in the United States is made up of approximately 60,000 cubic kilometers of the most explosive type of lava on the planet (which is rich in silicon and gases). If such a scenario is frightening in itself, it becomes more catastrophic if it is viewed as the deepest subsystem, which, despite its lower explosive potential, has a volume four times the size of the surface system.

What would happen if Yellowstone broke out? The petrified creatures of Pompeii and the Hollywood overproductions suggest that the forecast is not very encouraging.

Adriana Alves is a geologist and professor at the USP.

Sign up for Serrapilheira’s newsletter to receive more news from the institute and the Ciência Fundamental blog. Do you have an agenda? Here’s how you can work together.

Hungary sues television for showing gay families in an advertisement | 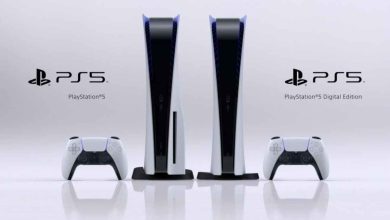 Friday 2021 there will be a share about PlayStation 5 for the Dark?