A reserved bureaucrat hidden behind a full beard, with a shy smile and a capricious look, Ernesto Araújo wasn’t exactly a rising star when he began his sidereal stint for the head of the Itamaraty.

After scribbling down a few commendable pages on Mercosur and PT diplomacy, he rose slightly in the hierarchy until he arrived at the Chancellor’s office. The exit from the extremist cabinet and adoption by Bolsonaro surprised those who knew the intricacies of diplomacy.

Quickly called “intellectualized Cabo Daciolo” by the late Clóvis Rossi, Ernesto lived his first year as minister as if it were his last. In Latin America, he implicated Brazil in an operation to mark Juan Guaidó in Caracas and in another to forcibly overthrow the government of Evo Morales.

By allying with the most coups in Washington, he extinguished the country’s regional leadership on his first coup. In the following months, the Chancellor implemented automatic alignment diplomacy with the United States, led a child-insulting offensive against China, and passively watched the president sabotage the deal between Mercosur and the European Union, which he himself helped to finalize.

During this process, foreign policy was infiltrated by tourists like Eduardo Bolsonaro, and Itamaraty became a joke at the Esplanade. Diplomats who did not go into madness fell into depression.

Until now, the confusion created could have been stopped and even overcome. After all, who never had the bad idea of ​​playing War after taking acid? But to everyone’s bad luck, the biggest pandemic of the century did erupt under the Bolsonaro government, and Ernesto drifted from Mambembe diplomacy for health vandalism.

As the deaths of Brazilians piled up, he attacked the World Health Organization, accused the Chinese government of having created the coronavirus, coined hallucinogenic terms like “comunavirus” and “spirit lockdown”, rubbed the head of the mob that invaded the US Congress and invented a ridiculous mission to Israel to fuel the government’s bogus information machine.

The list goes on, but it is the image of the diplomat shaking a box of chloroquine alongside Jair Bolsonaro at a G20 meeting at the end of March 2020, which is most likely to appear on the Tribunal judges’ album of remembrance. of The Hague. It was there that the international community understood that the Brazilian population was held hostage by a suicidal government. International dignitaries stationed in Brasilia stopped laughing and began to pray for the country.

Meanwhile, Ernesto’s number of Twitter followers exceeded 700 thousand, and the country’s deaths, 300 thousand. You don’t have to travel to Rio Branco to know that only the first data is of interest to the Chancellor.

In recent weeks, Ernesto has crossed the Weintraub-Silveira line of no return in Brazilian politics.

Forced to go low to protect himself, such as connecting Katia Abreu to the Chinese lobby for 5G, Ernesto stepped up attacks against the senators, who responded with rare violence.

This self-immolation ritual suggests that the former chancellor is aware that his diplomatic career is over: The Itamaraty will never forgive the humiliation of society in the name of Olavism, and the Senate, with its memory of elephant, will neutralize any attempt at career development. . Ultimately, society is already associating Ernesto with what is most devastating about the Bolsonaro government.

But he, deep down, is a lucky guy. His departure from chaos offers a rare opportunity to take refuge in the basement of the Palace. There, in the comfort of insignificance, he can resume his virtual life in an alternative social network inhabited by insecure adults and, for the relief of humanity, disappear from the political horizon of Brazil.

Its story was meant to be a bizarre comedy, typical of the Bolonarian tragedy. Unfortunately, he exceeded all expectations and achieved the “great transformation” mentioned during his speech in the Senate: Brazil is a land of lepers in the eyes of the international community. Ernesto, unanimously, has already earned a prominent place in the bucket of national history.

Beijing to use Chinese vaccine as criteria for granting visas 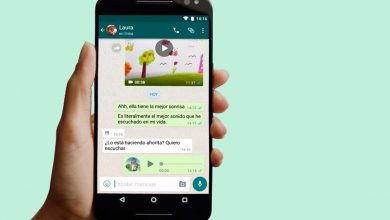 Like you can change a text format on WhatsApp messages