In the wake of an increase in the number of gun deaths in fighting and assaults and the repetition of scenes of shooting attacks that claim many deaths at once, the United States is resuming – once again – the debate on whether to make access to weapons difficult or easier. less than a minute.

In the first year of the pandemic, the topic had been left in the background, as there were fewer attacks in public – there were only two in 2020. But 2021 has already reached that milestone. , with two cases in March.

On the 16th, in Atlanta, Georgia, a man killed eight people, six of them of Asian origin. And on the 22nd, ten people were murdered in a supermarket in Boulder (Colorado).

The compilation of 2020 deaths in other situations that generally have less impact – such as domestic brawls and robberies – has, however, shown the severity of the crisis: crimes committed with guns have increased in the country, even in full social isolation.

There were 19,380 dead and 39,427 gunshot wounds in the United States last year, according to data from the Gun Violence Archive. Since 2016, the average has been around 15,000 deaths per year. In major cities, murder rates are back to 1990 levels. According to a survey by The Economist magazine, Chicago has increased by 56%, New York by 45% and San Francisco by 36%.

Experts point out the possible causes. With the pandemic, many young men had more free time, at the same time that there was an increase in purchases of weapons (64% more than in 2019, according to The Economist) and alcoholic beverages (25% above the annual average). Schools, churches and community centers, which generally help avoid and resolve conflicts, were inoperative at the time.

The protests after George Floyd’s death also had an impact. Police from several towns were deployed to participate in the protests and reduced patrols in dangerous areas, reducing protection against theft and gang fighting. The current debate on access to arms in the country comes up against two important knots. First, it is a constitutional right, established in the 18th century, that the ability to bear arms should not be restricted.

The other is that the industry lobby is strong – although its main name, the National Rifle Association (NRA) is going through an internal crisis. In January, the organization filed for bankruptcy amid investigations that suggest its officials misappropriated resources for personal gain, such as travel to the Bahamas. The Republican Party, an ally of the NRA, defends that things go as they are, and its members make weapons a symbol of freedom and the vision of the country they defend.

On the other hand, Democrats are seeking specific measures to make it difficult to access weapons of greater firepower and to try to prevent them from reaching the hands of people with a history of violence or facing problems. mental.

A survey by the Ipsos Institute, commissioned by USA Today after the attacks this month, showed that 65% of Americans advocate increased access to weapons. However, among Republicans, only 35% think so. Surveys from previous years have shown support for changes of around 60%.

On March 11, before the attacks, the House approved two measures: extending the background checks of those who buy weapons on the Internet or at fairs and increasing the time between sale and delivery, until at ten days, which gives more. it’s time to review the buyer’s history.

The proposals are still awaiting Senate approval, and Republicans say they see no reason to change the rules. And, without the support of at least ten party senators, changes are unable to move forward. Thus, pro-disarmament entities, such as Brady United, advocate a change in the Senate regiment to avoid maneuvers that allow a minority to prevent the advancement of an agenda and make room for changes. can only be approved by simple majority, an advantage Democrats have today.

The White House said President Joe Biden had considered other initiatives, such as executive orders, but gave no further details. “It’s not a party issue, it’s an American issue,” the Democrat said. “We must act.” However, he will have difficulties. “Biden has already taken a step back, making it clear in his first press conference that gun reform is not a priority. It is unrealistic to think he will be successful in this program in the short to medium term. The political cost is always very high, ”analyzes Tatiana Teixeira, researcher at the National Institute of Science and Technology for Studies on the United States.

“The government’s domestic agenda is very heavy at first, with divisive and delicate issues, such as migration reform, the economy, health. It will have to make very precise choices and calculations to be able to move its agenda forward.” , says Teixeira. Biden has been involved in the issue on several occasions. In 1994, as a senator, he served in Congress to approve a veto on semi-automatic models, which fire more shots in less time. The measure lasted ten years, but was not renewed.

In the Obama administration, when he was vice president, Biden followed the government’s attempt to convince Congress to tighten control over arms sales in 2013, but Republicans halted the changes. The Sandy Hook massacre, in which 20 children were killed at a Connecticut school, has not changed the opinion of lawmakers.

For Len Niehoff, a law professor at the University of Michigan, recent history shows that post-attack agitation has little power to change laws. He defends measures that extend the control and delivery time of weapons after purchase.

“Already a veto on assault weapons [como as automáticas e semiautomáticas] it is problematic, first of all because it is difficult to define what assault weapons are. And since many of them are already in private hands, prohibiting new purchases may not be effective. There are proposals for the government to buy them back, even if it is difficult to imagine such an action in this country, ”he continues.

Over the past decade, the total number of guns in the United States has exceeded the total number of residents. In 2018, the country had 393 million, for 326 million inhabitants. This represents, according to data from the Small Arms Survey Project, 45% of all firearms in circulation on the planet.

Without federal action, several states are seeking to create their own measures to deal with the situation. Regions ruled by Democrats tend to have more restrictions than those under Republican control.

And politicians from both parties are under pressure from lobbyists. “States that tighten restrictions lose factories that take jobs and taxes together. For example, a senator from Pennsylvania, where industry is responsible for many jobs, would not vote for restrictive law. And the arms industry is generally a big funder of election campaigns. », Assesses Isabelle Somma de Castro, researcher in international relations at USP.

The Second Amendment to the Constitution, which helps solve the problem, was enacted in 1791, when the revolvers fired more slowly. A current AR-15 rifle is capable of firing 40 rounds in less than a minute, or even more, depending on the modifications. Thus, a sniper manages to kill many people even if the police arrive on the scene in a few minutes, using a product designed to be used in wars, and not in supermarket lines.

“In a robbery, you can put your things back and pray that they don’t do anything to you. But in an attack like this, you don’t have to do anything to protect yourself, and that’s scary,” comments Pedro d’Avila, 21, a piano student who lives near the King Soopers supermarket in Boulder, the target of Monday’s attack (22).

“That day I thought about going to the market to buy some shampoo, but it was cold, I was lazy and I went to lunch. Shortly after the injections started. I was supposed to be there by then. -the.”

Born in Petrópolis (RJ), the student attended King Soopers and knew the employees, including Teri Leiker, 51, who had worked there for 30 years. “Teri knew we were students and had little money, so she pointed out offers, kept some paper bags to give us, because that way we didn’t have to pay for the bags. called me ‘shooting star child’ [garoto da estrela cadente], because of a tattoo I have on my arm, ”he recalls.

“I am very sad to think his last moments must have been scary.”

1791
2nd constitutional amendment
It simply says: “A well-regulated militia, being necessary for the security of a free state, the right to keep and bear arms must not be infringed.”

1934
National Firearms Act
First federal law to regulate and tax the manufacture and sale of larger caliber weapons. The pistols were outside the rules.

1938
Federal Firearms Act
He demanded that manufacturers, importers and sellers of weapons be licensed to act and has prevented the sale of weapons to former convicts, among other categories.

1968
Firearms Control Act
He expanded the list of restrictions on purchases, determined that guns should have a registration number, and vetoed imports except for sporting purposes – but without defining what would be “sporting purposes.”

1993
Brady Act
Established a five-day window between purchase and delivery, to allow more time for customer background checks. In the following years, the standard was relaxed, and at present rapid assessment is allowed in many cases.

1994
Federal assault weapons ban
It banned the manufacture, sale and possession of semi-automatic weapons and greater firepower. The measure expired in 2004 and was not renewed.

2005
Law on the Protection of Legal Trade in Arms
He has banned manufacturers and sellers from prosecution if their products are used in crimes and now demanded that guns be transported and maintained safely.

2007
NCIS Improvement Amendments Act
He financially encouraged states to improve the databases to be consulted by sellers before handing over arms to buyers. 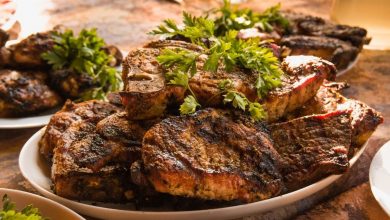 Suspected of having killed the Haitian president arrested, according to the vice-minister of Communications – 07/07/2021 – World

With the pandemic under control, Portugal leaves the state of emergency and concludes its reopening – 29/04/2021 – World

According to the study, women scientists only occupy 2% of management positions in Brazil – 08/20/2021 – Mônica Bergamo