China closed its annual legislative meeting on Thursday (11) setting the terms of the relationship it intends to maintain with the United States from President Joe Biden.

On the one hand, he endorsed measures to undermine democratic opposition in Hong Kong and a plan aimed at technological self-sufficiency in the West. On the other hand, he made a clear sign of cooperation, despite the differences, in Washington.

The dynamic of the relationship between the two powers is the defining theme of the beginning of the twenty-first century. Biden and leader Xi Jinping agree on this point – the American over who is the dominant force and the Chinese with whom the challenger is.

In Chinese political thought, now more influenced by Confucius than by Mao Zedong, the perspective of time matters. The 14th Five-Year Plan, approved by the National People’s Congress on Thursday, speaks more to Confucius than to Mao Tse-Tung.

In the Chinese offer to the West, the limit of interference in internal affairs is clear. Hong Kong today, Xinjiang tomorrow, Taiwan soon – years or decades, by Beijing’s tune.

By 2,895 votes to 0, with one abstention, the plenary of Congress approved the reform of the electoral system of the Honconguês after two years of extreme turbulence in the territory.

In 2019, the region was engulfed by street protests for greater autonomy and guaranteed rights. For Beijing, even because of the West’s strong support for protesters, evidence of foreign interference.

In 2020, the pandemic attempted to quell the boil, and the previous session of Congress passed draconian national security law. There have been acts, some hot, but the dissent has been contained by force: the activists are in prison or in exile.

Now the key to the process, with the increase in the number of local Legislative Council deputies from 70 to 90, with several nominated by Beijing. By direct vote, only 35. Plus: only “patriots”, mandatory citations, will be able to participate in the process.

Needless to say, the patriotism in question is submission to the Chinese Communist Party, the highest level ruled by Xi in increasingly personalist ways since 2012.

Since the five-year re-election limit as secretary-general was lifted in 2017, Xi has been seen as an emperor in international politics – slowly settling his power, now asserted over dissidents in Hong Kong.

The congressional meeting, called Two Sessions because it encompasses the annual meeting of the Chinese People’s Consultative Conference, is a united order ceremony under the party. From there emerge the messages “urbi et orbi” of the communist dictatorship.

The economic plans presented are ambitious and aim to make China a self-sufficient high-tech country within the next decade. It is a reflection of the Cold War 2.0 launched by Trump in 2017, which Biden insinuates to keep in his place.

In addition, the Covid-19 pandemic has been central to showing the risks of addiction to fleas from Taiwan, an island that Beijing considers its own but is increasingly arming itself against a possible invasion, with the support of United States.

And without chips, there are no nuclear weapons, nor the leadership that Beijing is fighting for in the 5G market, just to begin with.

Other topics were also discussed in the economy, such as the priority given to tackling the country’s extravagant deficit, which reaches 270% of its GDP of US $ 15 trillion, and the risk of aging in a country with a generous retirement age.

This inner look aims to establish China’s place in the world, inseparable from its relationship with the Americans.

At the final press conference of the two sessions, Premier Li Keqiang outlined his vision. “The Chinese and American people are wise and capable, and the two sides must dialogue and communicate with respect and quality,” he said.

“China and the United States share broad common interests and there are many areas in which we can cooperate. We need to focus on this,” the premier said.

Indeed, during both sessions, the first meeting between the countries’ foreign ministers since Biden took office in January took place. It will take place in Alaska next Thursday (18).

Li’s tone did not resemble that of Xi, who argued at congressional meetings this week that the Chinese armed forces must be “combat-ready.” There are many points of friction with the United States, from the South China Sea to the Taiwan Strait.

Rhetoric, but reflected in the announcement of an increase in military spending on an ongoing basis – it was 6.6% growth in 2020, it will be 6.8% now.

Beijing, still under the secular vision written in the DNA of its policy, wants to gain time. It is estimated that it could exceed the size of the US economy at some point in this decade, although the pandemic has scrambled the crystal balls of the market.

In Xi’s plan, it will be a military power on par with Washington in 2027, and will have the same manufacturing hub capacity as the United States and Germany in just 30 years.

In the field of defense, the gap is still huge. China, according to the International Institute for Strategic Studies, has the second largest military budget in the world, but it is almost four times smaller than the US budget.

Their growing naval strength is impressive, but there is nothing like it on the planet with America’s 11 aircraft carrier groups, projecting their political will like no instrument in history.

And if he has enough nuclear weapons to deter an attack on himself, he is no match for the arsenals of Washington and Moscow.

With that, Xi’s march continues, with his conditions in place. The UK, the former owner of Hong Kong, has protested, as one would expect, against the democratic gag order cemented by Beijing in the territory. But it doesn’t go much further than that.

The interdependence of the global economy, starting with the United States and China, is a powerful antidote to disruption, no matter how many sanctions are announced.

This Friday (12), the American will have the opportunity to beat his war drums during a virtual meeting with frightened regional neighbors of China: Japan, India and Australia, who form with the United States. United the so-called Quad.

So far, the American has maintained the idea of ​​keeping the Chinese under pressure, including from a military point of view.

It could be a signal of the modulation Biden wanted to Trump’s belligerent rhetoric, and an appetizer for Alaska. Xi and the world will watch.

For screenwriters, the death of the President of Haiti would make a good series, but the writers must fix the problems – 07/24/2021 – World 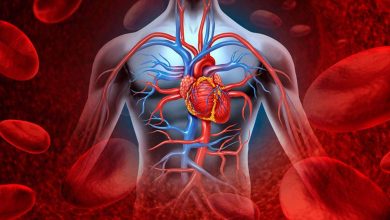 Why is potassium important for the heart what?

In Texas, the trade returns to serve with maximum capacity and without the need for masks