Two tango dancers dance elegantly until, in the last movement, the dancer twists her foot.

The image is used in the presentation of the video “A Queda Argentina”, by conservative producer Brasil Paralelo, whose aim, as stated in the program itself, is to “protect Brazil from the same mistakes”.

The three-part documentary film was released on February 22 and recorded more than 1.1 million views on YouTube as of Thursday (11).

His popularity is exemplary of a movement that is gaining momentum in the Brazilian right, to transform the neighboring country, led by center-left Alberto Fernández since 2019, into a kind of symbol of moral and economic decline.

This includes several protests on social media from supporters of Jair Bolsonaro, including MPs like his son Eduardo Bolsonaro (PSL-SP).

In the minds of some Bolonarists, Argentines already occupy a place similar to that of Cuba or Venezuela – with the aggravation of being a larger country and more influential politically and culturally.

The documentary attempts to link the origin of the current Argentinian recession to a “communist” project associated with a left radicalization of General Juan Domingo Perón (1895-1974) since his period of exile and followed, until today , by Fernández.

The sophisticated production contains several images of historical moments from the beginning of the 20th century, including anarchist protests, the military bombing of Plaza de Mayo in 1955, speeches by Perón, the dictatorship and the crisis of 2001, among others.

In addition, there is good music, edited to give a tragic tone to the reported facts, with tangos and the Peronist march, which sometimes resembles a funeral march.

“In general, Argentina is viewed by conservatives as a case of institutional bankruptcy. He is not yet perceived as a Venezuela, but he is in the process of being, ”said Lucas Ferrugem, director of the documentary.

One of the documentary’s stated goals is to resurrect the ghost of the “Orloff Effect,” a reference to a last century vodka commercial in which the slogan read “I am you tomorrow”.

In other words, the Argentinian crisis could soon arrive in Brazil, culminating in the return of the left to power.

“The parallels between Argentina and Brazil are very clear. It’s as if Argentina were two years ahead in this political story, ”says Ferrugem.

One point widely explored in the documentary, and by Brazilian conservatives in general, is the approval of a law that made abortion easier late last year.

This is also one of the reasons that led Brasil Paralelo to choose the theme of the documentary.

“At the end of the year, the issue of legalizing abortion went viral, it circulated as a very negative issue,” explains the director.

The political context has stimulated this animosity of the Brazilian right with the Argentines. Bolsonaro and Fernández have traded draws since 2019 and have yet to meet in person, which is finally set to happen this month at a Mercosur meeting.

The Argentine president is a supposed ally of the PT and ex-president Luiz Inácio Lula da Silva, which contributes to his rejection by the Bolonarists.

Argentine political scientist Andrés Malamud, who watched the documentary at Folha’s request, draws attention to what the sparks exchanged between Fernández and Bolsonaro have meant in practice.

“Today we have the opposite of what happened in the 2000s. At that time there was a rhetoric of friendship, but competition in practice. Today, it seems the opposite is happening. In practice, there is collaboration, but the rhetoric of one Both speak to their internal electorate. Bolsonaro agrees with this rhetoric of “Communist Argentina”, as does Fernández, approaching Lula and posing as a leftist, which he is not, “he says.

For Malamud, the association between Peronism and Communism in the documentary is forced. “It is a mixture that does not make sense, they seem to unite to confuse. The left has been defeated in the history of Argentina, that is to say the opposite of what is shown in the movie, ”he says.

The researcher claims that there is one element that provides a background of truth to the film: the country’s long period of economic decline since 1930. “But there is a fundamental misconception, in the film and in recent ones speech of Bolsonaro, that Peronism is left and is anti-capitalist.

In addition to the film Brasil Paralelo, other initiatives by Bolsonaro supporters attacking Argentina have gone viral.

WhatsApp messages to groups of friends are common, for example, with “testimonies” from Brazilians who have been to Argentina and say that “there are poor people waiting for leftovers and bones at the butchers’ doors” , that “only trucks are allowed” during the pandemic and that there is “70% of the population unemployed” – in fact, that figure is 11.7%.

It is a fact that the country’s economic situation is difficult. Annual inflation is 38.5%, the country has few reserves and is struggling to honor its international commitments. Last year, he succeeded in renegotiating his foreign currency debt, but it remains to restructure another, with the IMF (International Monetary Fund), of 44 billion dollars (about 244 billion reais).

To mitigate the impact of the pandemic, the government offered help to natural and legal persons, but for this it had to print 1.2 billion pesos (73 million reais), which may lead to an increase inflation.

Despite this, some areas are resuming growth, such as construction and industry, and GDP is expected to recover – which fell by 10% in 2020 – by at least 2%. And there are no hospital collapses due to the pandemic, as in Brazil.

Poverty is 44%, but government aid during the pandemic and the temporary ban on layoffs have contained social explosions.

For Brazilian conservative entrepreneur and digital influencer Leandro Ruschel, “Argentina has been taken from the left, perhaps irreparably”.

“There we have the equivalent of the return of the PT to the command of Brazil, with the implementation of a socialist economic agenda, in addition to others such as the implementation of the gender ideology and the endorsement abortion. In short, it is a warning about what can happen to our country, ”he said.

Another who sees a threat of Argentine contagion on the Brazilian scene is the federal deputy Bibo Nunes (PSL-RS), a supporter of Bolsonaro.

For him, the left can profit from the failure of a right-wing government, as happened with former Argentine president Mauricio Macri, defeated by Fernández.

“There is a very strong umbilical link between the Argentine left and the Brazilian. Lula is their candidate. They will work to elect him, ”he said.

According to Nunes, Macri had no pulse. “There was a bit of Bolsonaro missing. And then the left came back. Here you can also come back, of course, ”he says. 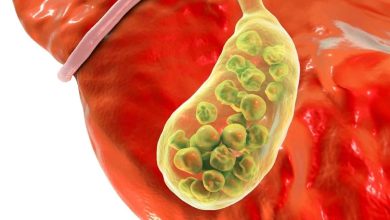 How bilirubin levels influence this functioning on biliary veterans administration