New York Governor Andrew Cuomo is facing one of the most tumultuous moments of his three terms after two women who worked for his government accused him of sexually harassing them.

Under tremendous public and political pressure, the governor’s office asked the justice secretary to appoint someone to conduct an external investigation into the charges against Democrat Cuomo.

On Sunday night (28) Cuomo offered some sort of apology, saying, “I recognize that some of the things I said were misinterpreted as unwanted flirtation. As far as anyone smelled it, I’m so sorry, ”he said. .

The escalation of the scandal marks one of the lowest points of Cuomo’s tenure and has cast his political future in doubt as he faces renewed scrutiny over his government’s decision to withhold data on deaths in nursing homes during the pandemic.

Here’s what we know so far.

Former adviser says Cuomo asked him about his sex life

Charlotte Bennett, 25, a former assistant to the governor, accused him of sexually harassing her last year.

According to the New York Times, Cuomo, 63, asked her about her sex life and if she had ever had sex with older men.

Bennett, who left government in November, described a situation where she was alone with the governor in her office in the state capital and asked if she thought age made a difference in a romantic relationship, what the young woman saw as a suggestion of a relationship. sexual.

“I understood that the governor wanted to sleep with me, and I felt awfully uncomfortable and scared,” Bennett told The Times. “And I was wondering how I was going to get out of it and I assumed that was the end of my job.”

Bennett said she reported the incident to the chief of staff to the governor and was transferred to another post. She also provided a detailed statement about the episode to a special attorney for the governor. The Times corroborated Bennett’s account through interviews with friends and relatives she told about the incidents at the time, and a review of text messages and emails.

In a statement on Saturday, Cuomo described Bennett as a “hardworking and valued member” of his team and said he respected his “right to come forward.”

“I never made any progress towards Miss Bennett, and I never intended to act inappropriately,” he said.

Another former aide said the governor “kissed her on the mouth”

Bennett’s accusations came days after another former government aide, Lindsey Boylan, supplemented earlier allegations of sexual harassment she had made against the governor.

Boylan, who worked at the state’s economic development agency from 2015 to 2018, published an article on Wednesday (24) detailing several years of uncomfortable interactions with the governor.

Boylan said her boss at the time told her Cuomo was “hot” for her, and that the governor “made an effort to touch my ass, arms and legs.” In October 2017, on a flight home from an event in western New York, Boylan said, Cuomo said they should “play strip poker.”

And in 2018, she said, Cuomo gave her an unexpected kiss after a personal meeting in his Manhattan office.

“When I got up to leave and walked to the open door, he walked past me and kissed me on the mouth,” she wrote. “I was shocked, but I kept walking.”

The governor’s office said Boylan’s claims were false and did not call for an independent review of his claims.

Boylan, who is running for president from the Manhattan District, first accused Cuomo of sexual harassment in December, but gave no details.

After Bennett made his accusations public, Boylan asked Cuomo to resign.

“Your abuse of power is endless,” she wrote. “He shouldn’t choose his judge and jury. We have to.”

The governor said he “didn’t want to offend”

Cuomo, who has not given a press conference for a week, said he would not comment on the allegations other than the statement he made on Saturday after the Times report on Bennett’s accusations.

On Sunday afternoon, however, after a wave of criticism, Cuomo released a lengthy written statement in which he regretted making “jokes” and jokes with employees, in what he considered “good humor.” “.

“I play with people about their personal lives, their relationships, whether or not to get married,” said the governor. “I didn’t mean to offend, I just tried to add a little lightness and grace to a very serious business.”

However, Cuomo said he never inappropriately touched or made any proposals to anyone, but understood, in hindsight, that his interactions “may have been too insensitive or too personal and that some of my comments, given my position, made others feel I didn’t want to. “

Cuomo first said in a statement he would order a “full external review” of Bennett’s charges, and appointed former federal judge Barbara Jones to lead the investigation. The move was quickly criticized by people who questioned the integrity of his review and the judge’s close ties to one of the governor’s former advisers.

The governor’s office backed down the next morning, saying it would ask Letitia James, Secretary of State for Justice, and Janet DiFiore, Chief Justice of the New York Court of Appeals, “to jointly choose an independent and qualified lawyer in private practice, without political affiliation, to conduct a full examination of the matter and issue a public report. “

Cuomo’s first attempt to rectify the situation, however, did not silence critics: James and Democratic state officials said the governor’s new plan had not gone far enough yet.

“While I have deep respect for Chief Justice DiFiore, I am the duly elected Secretary of Justice and it is my responsibility to perform this task, under executive law,” he said. . “The governor must provide this indication so that an independent investigation with subpoena power can be carried out.”

On Sunday afternoon, the governor’s office effectively said it would grant James’ appointment and ask his office to appoint a private lawyer as “independent special assistant secretary for justice” to conduct the investigation.

Elected officials from all walks of life have condemned Cuomo and called for an impartial investigation into the two women’s allegations, while some Democrats have joined many Republicans in asking the governor to step down.

Democratic leaders from both state houses said in statements that the allegations deserved “a truly independent investigation.” Kathy Hochul, the vice-governor, who would succeed Cuomo if she resigns, also called for an independent review, saying: “Everyone deserves their voice to be heard and taken seriously.”

“It was hard to read that story, as a woman,” she said of The Times report on Bennett’s experience.

Members of the New York delegation to Congress, including Democratic Senators Chuck Schumer and Kirsten Gillibrand, have also called for an investigation.

Long Island Republican Congressman Lee Zeldin said Cuomo was “trying to avoid a truly independent investigation” and “even Cuomo himself must know it’s time to go.”

Democratic MK Alexandria Ocaso-Cortez, who recently revealed she was sexually assaulted, said the two women’s complaints were “extremely serious and painful to read.”

“There needs to be an independent investigation,” she wrote on Twitter. “Not one commissioned by an individual chosen by the governor, but by the office of the secretary of justice.”

Not the only Cuomo scandal

The sexual harassment charges come when Cuomo comes under attacks on state action against coronavirus in nursing homes, federal prosecutors investigating the matter and state lawmakers considering exempting the governor from his duties. special powers during the pandemic.

The governor is facing complaints that his government has covered the full extent of deaths in retirement homes after comments made in February by one of his senior advisers, Melissa DeRosa, who confessed to hiding data in retirement homes.

The day after the Times disclosed Bennett’s complaints, New York Mayor Bill de Blasio called for independent inquiries into the allegations of sexual harassment and the deaths of elderly people from coronavirus.

“New Yorkers have seen detailed and documented reports of sexual harassment, several instances of bullying and denominational withholding of information about the deaths of more than 15,000 people,” De Blasio, a Democrat, said in a statement. communicated.

“Problems of this magnitude cannot hang over the heads of New Yorkers as we fight a pandemic and an economic crisis,” he said. “It is clear what should happen now.” 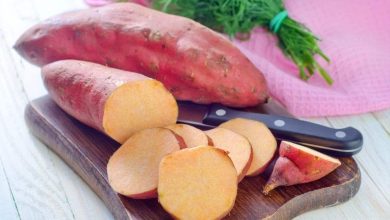 These are the foods that increase glucose levels the most