The Minister of Foreign Affairs, Ernesto Araújo, this Tuesday (2) countered the detractors who accuse him of carrying out a foreign policy prejudicial to the interests of Brazil and affirmed that the country maintains a “strategic vision” with the United States, even in the leadership of Democrat Joe Biden.

The statements came at a rare press conference, in which the Chancellor focused on trade issues and left the Conservative agenda that marked his two years as head of the Foreign Ministry.

Ernesto complained that there is an opinion that his management “is prejudicial to national interests”, especially in the commercial dimension.

“We have certain parameters to show that this is not the case at all. Our trade surplus has increased over the past two years,” said the minister, recalling that the country’s trade balance has reached 50 billion dollars. last year (285 billion reais) – a result boosted mainly by sales of the agro-industry.

The Chancellor referred in much of his speech to bilateral relations between Brazil and the United States.

In the first two years of Jair Bolsonaro’s tenure, the government bet its chips on an alliance with US President Donald Trump.

The policy has come to be known as “automatic alignment” and has drawn criticism from analysts, particularly after the Republican lost to Biden in the November election last year.

Ernesto argued that he had built a “structure of trust” with the Americans.

“It was not interrupted by the change of government in the United States. But of course, a deep relationship like the one we were building, in a democratic country, sometimes does not automatically translate when the government changes. , because it depends on an adjustment. ” But this adjustment remains entirely possible ”, declared the Minister.

“All signs are that this strategic vision remains and will continue to deliver these results.”

Despite the moderate tone, Ernesto attacked civil society initiatives which he said act to “deliberately create a distorted image of Brazil abroad”.

He referred to a seminar held at Harvard University and the report given to officials in the Biden government, prepared by academics and NGOs, recommending the suspension of agreements between the United States and the Bolsonaro administration.

“It is essentially a work of fiction, very bad in terms of style. A work of fiction that has sought to be sold and presented as the reality of Brazil.”

He also criticized the letter from former environment ministers to the French, German and Norwegian governments, in which the authors denounce the devastation caused by Covid-19 in the Amazon region.

For the Chancellor, this type of initiative “harms our interests” and undermines the implementation of the trade agreement signed between Mercosur and the European Union.

Ernesto has been questioned on several occasions about Brazil’s relations with China and the episodes in which MP Eduardo Bolsonaro (PSL-SP) – son of the President of the Republic – spoke on social networks with the Chinese Ambassador to Brasilia, Yang Wanming.

In the first shock, Eduardo blamed the Chinese government for the spread of the coronavirus, which made Yang react and called the parliamentarian’s speech a “perverse insult” against the Chinese people.

Months later, Eduardo accused China of wanting to spy on other countries using 5G technology, which sparked a new response from the diplomatic mission.

On these occasions, the Foreign Ministry reprimanded the Chinese Embassy in Brazil.

“What happened in this case was a different option [da embaixada], a clash on social networks, even challenging the freedom of expression that reigns in Brazil. In a tone like this, in some cases it means a threat to Brazilian society, saying that those who speak badly about China will regret it. It is completely outside diplomatic practice. We are trying to draw attention to this, ”said Ernesto.

“It has not created any problem with China,” he added. According to him, the “call to attention” of the Bolsonaro government had “a good result in terms of more correct action on the part of the embassy” of the Asian country.

At another point, he said that the performance of the Chinese Embassy in the episodes with Eduardo “damaged the image of China in Brazil.” We are a family business.

The foreign minister was directly questioned about reports that, in a secret file, he even asked Beijing to replace the Chinese ambassador to Brazil.

The case was published by Folha. China ignored the requests.

The minister did not answer the question and reiterated that the relationship with the Chinese government is positive. 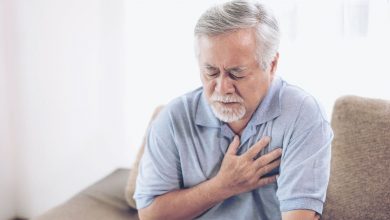