Forbidden to cross the border that separates the city of Assis Brasil (AC) from Peru due to the coronavirus pandemic, hundreds of Haitian migrants on Tuesday (16) broke a cordon of military and police agents and headed to the neighboring country.

The group was suppressed by riot police as soon as they entered Peruvian territory.

Scenes broadcast by Peruvian radio Madre de Dios in the early afternoon show dozens of police repulsing Haitians with shields towards the bridge that separates the municipality of Iñapari (in Peru) from Assis Brazil, which is 363 kilometers from Rio Branco, Capital State.

Desperate, a Haitian appears sitting on the ground shouting that his son has been left behind.

“Today, they said that at 11 am they would use women and children as shields to cross the Peruvian military barrier. They managed to force their way in, but faced a lot of physical assault. There are pregnant women who lose their babies on the sidewalk, ”Assis Brasil social assistance secretary Johanna Meury Oliveira told Folha.

“We are restoring order,” a Peruvian police colonel told the radio. “We’re going to kick everyone out.”

Since Sunday (14), hundreds of Haitians from the South and South-East regions of Brazil have camped on the binational bridge, which separates the two countries, despite the shelters provided by the city of Assis Brasil.

The action was a protest against the Peruvian government’s decision to keep the border closed, preventing the passage of migrants. Despite this, Peru has so far shown no signs that it will reopen the currency, closed due to the Covid-19 pandemic.

At the time, there were already fears that the group would try to cross the barrier to enter the neighboring country.

The city’s mayor, Jerry Correa (PT), has even asked for help from the state and federal government to secure resources to continue providing shelter and food to immigrants. They currently alone occupy two public shelters and two rented houses in the city.

On Saturday (13), the government of Acre had distributed basic baskets in shelters and carried out an operation in the border strip to slow down the performance of the coyotes.

Ten years ago, the border between Acre and Peru served as a gateway for thousands of Haitians to Brazil.

With the economic crisis and the lack of prospects in the country, the same path began to be taken by Haitians in an attempt to reach the United States, a dangerous road trip that usually lasts for months and crosses all of Central America and Mexico. 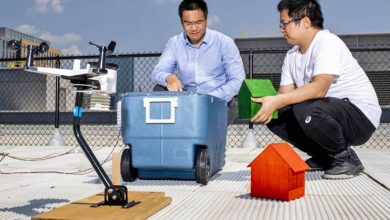