President Joe Biden laughed Thursday (28) after being invited to speak to Jair Bolsonaro. Eight days after taking the reins of the White House, the Democrat has already spoken directly to at least seven heads of state, but there are still no plans for the Brazilian’s turn.

Inside the Oval Office, GloboNews asked Biden if there was a date scheduled for a direct conversation with Bolsonaro, but he preferred to smile rather than respond.

On January 20, the Democrat’s inauguration day, the Brazilian government exchanged the usual phone call to greet the new US president with a long letter sent to the White House in an attempt to open avenues for dialogue with Biden.

Bolsonaro was a public supporter of Donald Trump, echoed the Republican’s unsubstantiated thesis that the US election had been rigged, and on more than one occasion aggressively addressed Biden. One of them, when the Democrat suggested imposing sanctions for the destruction of the Amazon and offered funds to contain the devastation in the forest, and heard from the Brazilian that he did not accept the bribes.

In the face of the bellicose scenario, the assessment of diplomats and members of the Plateau military sector was that a written document would be the best – or the only – way to try to lower the temperature and signal to the US and the United States. other international actors that Brazil is ready to continue its relationship with Washington even without Trump.

The call, in this case, would not fulfill the mission, since all of the content of the calls is almost always private. Plus, Bolsonaro doesn’t speak English and wouldn’t be able to strike up a satisfying conversation with Americans – translators usually make these times even cooler and more formal.

Now, the Brazilian government expects the conversation between Biden and Bolsonaro to only take place when there is a specific measure to be addressed by leaders – or an emergency.

Since his accession to the White House, Biden has followed the tradition of speaking with the leaders of neighboring countries, Justin Trudeau (Canada) and Andrés Manuel López Obrador (Mexico), and with the leaders of nations with relationships considered strategic. or historical with the United States, such as Boris Johnson (United Kingdom), Emmanuel Macron (France), Angela Merkel (Germany), Vladmir Poutine (Russia) and Yoshihide Suga (Japan).

In a press conference Thursday, White House spokeswoman Jen Psaki said Brazil would play a key role in the climate talks, although it has already shown that the country – or the phone call with Bolsonaro – wouldn’t be Biden’s attention on this first moment.

“It is [agenda do meio ambiente] is a high priority for President Biden and this is why he asked his good friend, the former secretary [John] Kerry, to lead our international climate effort, and Brazil will certainly be a key partner in this area, ”Psaki said.

The Brazilian Ambassador to the USA, Nestor Forster, affirms that there is no new diplomacy in the face of the priorities of the new government and that it is necessary “to continue the work which was already underway, with a dialogue at Home Blanche and Congress, in addition to the private sector and American society. “

“The relationship between the Brazilian government and the US government is not starting from scratch [com a saída de Trump], but with a legacy of almost two centuries of an agenda of cooperation and collaboration, “says the Ambassador.” This agenda is based on the values ​​shared by the two countries, the idea is not only government, but respect for democracy, the rule of law, human rights and economic freedom. “

There are those who say John Kerry, Biden’s climate czar, has a diplomatic profile and should not come into conflict with the outgoing Brazilian government, but the most skeptical say he will have to show service and, s ‘he fails to make great progress internally, targeting an external villain can be a smart path.

Signed by Bolsonaro, Biden’s inaugural letter was three pages and 771 words long, trying to show, among other things, that the country would be able to collaborate on environmental issues – despite the dismantling of the environmental policy promoted by Planalto.

Biden signed on Wednesday (27) an approximately US $ 2 trillion package to deal with the climate crisis. The measures, which have yet to be approved by the polarized US Congress, strongly affect the oil and gas industry, encourage a sustainable economy and mention the development of a plan for the protection of the Amazon rainforest.

Bolsonaro took 38 days to congratulate Biden on his victory. The American press usually projects the winner of the dispute to the White House soon after the election, which is confirmed by the Electoral College more than a month later.

The Brazilian leader did not treat the Democrat as victorious until December 15, the day after the seal of the collegiate church.

There is no rule on how congratulations to an elected president should be seen as diplomatic courtesy, but the last three Brazilian leaders opted for the call within hours or days of the results being shown. in the USA.

In 2016, Michel Temer called Donald Trump on November 9, a few hours after the Republican’s proclamation of victory. In 2012 then-President Dilma Rousseff called Barack Obama the day after his re-election, but the Democrat was unable to respond and postponed the call until the next day.

According to PT aides, the two spoke of fiscal imbalance and racial issues – the Brazilian recalled speaking to then-first lady Michelle Obama about fears that Obama would be defeated. debated on these pillars.

In 2008, when the first black president in the history of the United States arrived at the White House, it was Lula who was on the Plateau. The PT attempted to call the same day Obama was scheduled for election, but could not contact him due to harassment from several international leaders, and sent a congratulatory message sent by Obama to the hands of the PT. ‘Obama.

Executives who spoke to Biden on the phone after taking office

Boris Johnson
Prime Minister of the United Kingdom on January 23 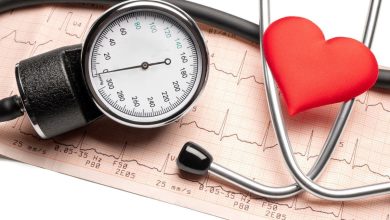 What are the symptoms of high blood pressure? 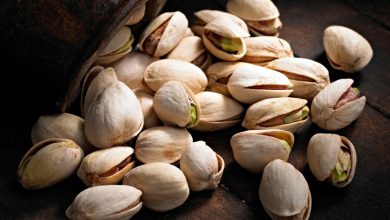