After calling the governors of Canada, Mexico, the UK and France and before speaking to Russia, Joe Biden called Angela Merkel (below, on DPA video). Then the German leader addressed the Economic Forum.

Major US newspapers did not report, but the Politico website called for “Merkel sided with Xi against Cold War blocs.” Her:

“I would love to avoid the building blocks. Saying ‘this is the United States and there is China and we are regrouping around one or the other’ is not my understanding of how the things should be. “

The call and speech made headlines in Germany, with the Süddeutsche Zeitung, for example, highlighting differences over the Nord Stream 2 pipeline, which is almost set to bring Russian gas to the European Union. Biden is against it.

The Trump administration, in the end, with Democratic backing, imposed sanctions on the pipeline. Merkel and the EU were not moved and, the day before Biden’s call, work resumed, according to finance manager Handelsblatt.

First, the American Pfizer has reduced the delivery of its vaccine to the European Union, but not to the United States. Then Britain’s AstraZeneca warned it would cut back too, but not in the UK. And German newspapers, such as Süddeutsche and Frankfurter Allgemeine Zeitung, have headlined the “grave suspicion”, which “poisons relations”, of being the action of Prime Minister Boris Johnson.

Chinese Global Times / Huanqiu editor-in-chief Hu Xijing commented on Pfizer, AstraZeneca and the EU, that “vaccines produced in the United States should be distributed according to the national interests of the United States.” And that “the UK supports and coordinates with the US in doing so.”

The Wall Street Journal covered and highlighted Xi Jinping’s speech at the Economic Forum, in front of Merkel. He stressed that he had spoken out against “creating small circles” for a new Cold War, a reference to Biden’s effort to join allies against Beijing.

An effort that has been delegated to Boris Johnson, who is trying to make the June G7 a sketch of a D10, bringing together ten democracies against China. But Bloomberg, Handelsblatt and others have reported that most G7 members, including Japan and Germany, do not want it.

It also doesn’t help the UK record the worst economic performance in the G7, with Brexit added to the pandemic, according to the WSJ. Or to have reached “a death rate per million people higher than in any other country”, according to the London Times.

ON THE LARGEST MARKET IN THE WORLD

And Caixin made headlines by saying that the airport in Guangzhou, in the south of the country, surpassed Atlanta, in the United States, as the busiest in the world. 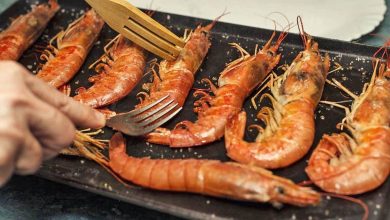 What should I not eat if I have rich acid?