2020 will forever be marked by the Sars-CoV-2 coronavirus, which paralyzed the world, infected more than 82 million people and caused the deaths of at least 1.8 million. Hence, the pandemic brought science closer to everyday life.

This year countless voices were heard from doctors, epidemiologists, immunologists, virologists, mathematicians, physicists, chemists, biologists, microbiologists, and various other areas of science that were not limited to just health and the precise areas.

Besides spreading scientific terms and concepts, the joint action of several researchers around the world led to the great advance in Science of the Year: RNA vaccines.

Although they have been the subject of studies for at least three decades, research on so-called third-generation vaccines, using DNA or RNA in their composition, began in this year alone, with high investment and acceleration of processes and without sacrificing safety protocols.

The difficulty in the past has been the instability of the molecule and proper use. “It was only three years ago that RNA was tested in vaccines,” says Natália Pasternak, PhD in microbiology from USP and president of the Instituto Questão de Ciência. “The ability to get vaccines at the push of a button or, as in the English term“ plug and play ”, is an old dream of anyone who works with genetics. Surely vaccines against Covid-19 have broken a paradigm, and I hope Katalin Karikó will be awarded a Nobel Prize next year [bioquímica húngara inventora da tecnologia de mRNA]. ”

But in the midst of so many successes and advances in science, there were also some mistakes. Scientific communication that seeks transparency, especially in the midst of a pandemic, is important to not only alert the population but also to reassure them. And Brazil failed in this.

“The population needs honesty in order to feel like a partner in the process and to know that the institutions will take care of the uncertainties [da pandemia] in the best possible way, and this lack of communication [no Brasil] it has led to precisely this situation in which we live today, to a very strong political polarization and politicization of science, “says Pasternak.

Along with the communication problem, the most important scientific mistake was the inadequate preparation of the medical community to deal with causal relationships and the inadequate assessment of the quality of scientific knowledge, the microbiologist assesses.

There were a multitude of articles and preprinted articles (articles not yet peer reviewed) on treatments without scientific evidence such as vitamin D, ozone therapy, and even mouthwash that were often recommended by doctors.

The academic community realized this and the number of Covid-19 articles presented due to fraud, methodological errors, or authors’ regrets broke a record 69:69 in 2020, according to Retractionwatch.com.

The number may seem small compared to the more than 100,000 articles published on the subject. On average, the number of articles portrayed per year across all fields of science is around 4 in 10,000.

Among the articles featured, two stood out: a study published in The Lancet, the most prestigious in the medical field, which pointed to a higher risk of death associated with hydroxychloroquine in patients with Covid.

The study included data from 96,000 people, but when scientists asked for the raw data, the authors denied it, citing the confidentiality of Surgisphere, which compiled the data.

Several experts criticized the lack of transparency and after the publication of an “expression of concern” the magazine removed the article from the air, justifying this by stating that an external verification of the data was not possible.

The same company, Surgisphere, was involved in another article in the New England Journal of Medicine (NEJM) examining the relationship between hospital cardiac events and Covid and medication. The revocation was also made because an independent audit had no access to the data.

Although the Lancet study was the largest to date to assess the effects of hydroxychloroquine, several other previously published studies have already indicated that its benefits were flawed in the face of harm in general. Even so, the discussion about the drug has not stopped.

The same week after the Lancet’s withdrawal, another article published in NEJM indicated that hydroxychloroquine was ineffective as prophylaxis (preventing infection) after exposure to the Sars-CoV-2 coronavirus. Its use to reduce deaths or intubation was also disproved a month earlier in a study published in the same NEJM.

Even mathematics could not escape the debate, and some articles and preprints have been published in an attempt that the statistics extracted from reviews and meta-analyzes could add new arguments to the discussion. It does not work.

The cluster of studies contraindicating hydroxychloroquine outweighed the weak evidence for it, and medical institutions worldwide, including the Brazilian Society of Infectious Diseases (SBI), recommended discontinuing the drug.

Despite this, Brazil’s Minister of Health Eduardo Pazuello, President Jair Bolsonaro (without party) and a large number of doctors continued to defend drug use.

In the face of an unprecedented disease, it is natural to test new treatments, but only with strong positive evidence is their use recommended. Other drugs were also dropped in the middle, such as the antiviral remdesivir, the use of which was contraindicated by the WHO even with approval from the North American FDA due to the poor quality of the evidence available.

On the other hand, the more accessible steroid dexamethasone has achieved good results in treating inpatients. “This learning from doctors about how to treat patients in intensive care units has significantly reduced mortality,” Pasternak concludes.

The harmless masks were also put on fireproof. An article published in the journal Annals of Internal Medicine states that using protective masks to prevent transmission of the virus is inefficient and has been removed from the air after a barrage of criticism on social networks. Knowledge of the use of masks and their effectiveness for protection was finally confirmed in November after an article was published in the Lancet.

Finally, the “Raspberry of the Year” of science can be divided into two articles: one that linked the 5G waves with the entry of the virus into skin cells, published and presented soon after, and a book chapter published by Elsevier Sars-CoV-2 came to earth “hitchhiking” in a meteor, an idea that the author in question has already passed on to other viruses, including that of Sars (2002), and largely refuted by the scientific community. The book chapter was not shown. 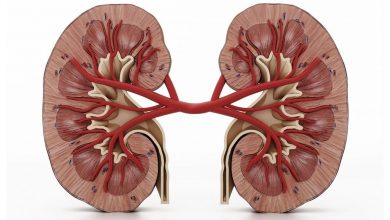 How a consumption of Ramipril affects a health on the kidneys