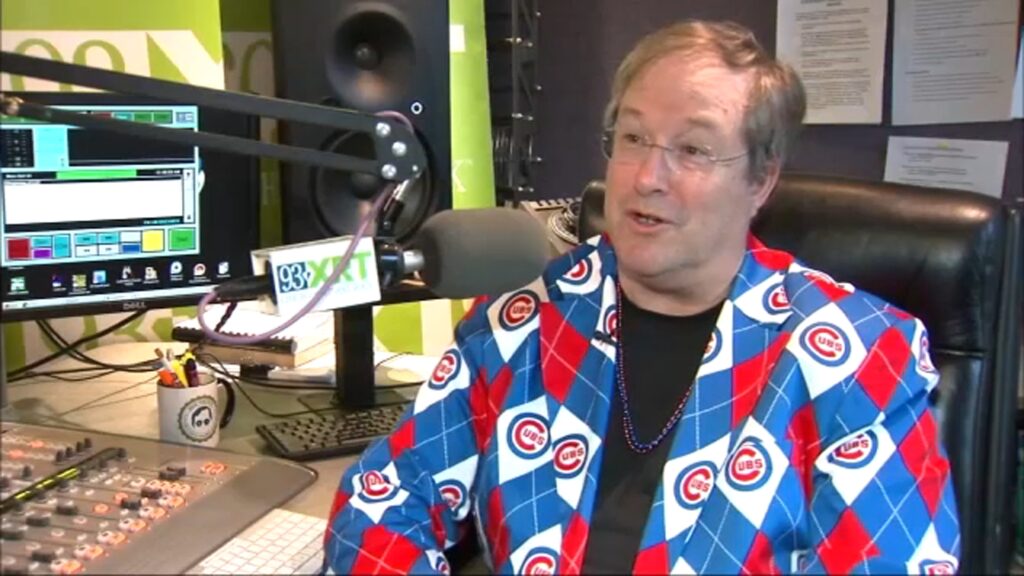 Lin Brehmer, a lifelong Chicago Cubs fan, was thrilled to be selected to chair a panel discussion at the 2015 Cubs Convention.

It was Joe Maddon’s first official appearance in front of Cubs supporters, and Brehmer wanted the new manager to know precisely what he was getting himself into in Chicago.

Who was Lin Brehmer?

Brehmer, the renowned WXRT-FM 93.1 radio jockey who died on Sunday at the age of 68, liked recounting that story. He was the archetypal Cubs fan, the type who followed them as faithfully when they were dismal failures as when they won the World Series. He may cheer them on one moment and then throw up his hands in disgust the next.

And, despite the fact that his professional path took him to our city and our favourite progressive music station, we were lucky that his managers at WXRT had the foresight to let Lin pontificate on the air about anything that came to mind, including his feelings about his beloved Cubs.

Lin’s essay on the 1998 Cubs for “Saturday Morning Flashback” eloquently caught the essence of Sammy Sosa, Kerry Wood, and the “Oh, no!” moment in Milwaukee. The voice of sanity encapsulates the joy, anguish, resurrection, and sadness in his lyrical form. His WGN-Ch. 9 tribute to Ernie Banks was a timeless homage to Mr Cub.

One of my favourite “Lin’s Bin” writings was on the weird excitement before the start of the 2016 season when the Cubs were favoured to win it all after winning the National League Championship Series in 2015.

“Do we truly want the Cubs to win the World Series?” someone had asked Brehmer. It was a reasonable question. The Cubs were unique in those years of defeat did not dampen fan enthusiasm. Would that change if they won the championship?

Lin said that Cubs supporters “mark our generations by the catastrophic failures that defined our youth: 1945 and the goat, 1969 and the black cat, 1984 and the Bull.

“Will my son, wife, or you ever forget the intricacies of Inning 8, Game 6 of the National League Championship Series of 2003? With all due respect to the science of psychology, there isn’t enough winning in the world to eliminate those critical times.

Lin ultimately determined that winning the World Series would not detract from the core of being a Cubs fan: “And if we complete the season with the Cubs in seven, I guarantee we will breathe again because we will no longer be holding our breath.”

Of course, the Cubs triumphed in seven games, and Lin rejoiced along with the rest of the team’s fans. That didn’t affect Lin’s attitude toward the club or make him any less concerned about its ability to let him down in important moments in the future.

Lin and I met at one of his opening-day gigs at Yak-Zies a few decades ago, and he frequently texted me from his seat at Wrigley Field, sometimes with harsh comments about the status of the Cubs that day, like “Got any morphine?”

He informed me one day in 2020 that he had gambled on the Cubs losing that day. I chastised him for being such an anti-Cubs fan.

I’d occasionally sneak down from the Wrigley press box for an inning to watch the game with Lin, his family, and friends, including one fateful September day in 2019.

In a surprising defeat to the St. Louis Cardinals, Cubs closer Craig Kimbrel allowed back-to-back home runs in the ninth inning. Lin sat in his Cubs cap and black Engine No. 78 T-shirt, scorecard in hand, with a knowing grin.

Another mark left by the Cubs branding iron. But he’d get through it just fine. It was all part of the experience of being a Cubs fan.

Lin appeared unbeatable, even after missing time last summer due to treatment. His philosophy, “It’s lovely to be alive,” made us feel as though he would always be there for us, selecting the ideal music for our morning drive, a run by the lake, or simply lying on the sofa while trying to recover from a hangover.

We’ll always remember his voice, skill with words, and ability to choose the appropriate song at the right time to lift your spirits.

Lin wasn’t from Chicago, but he was obsessed with it.