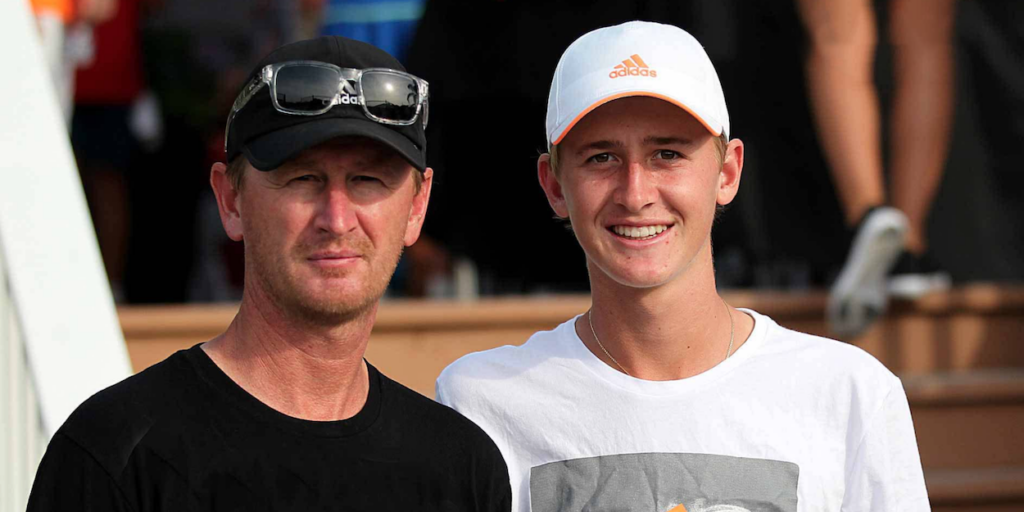 Sebastian Korda is the most recent American teenager to debut on the ATP tour, and he is often touted as the future representative of a nation that has produced so many tennis greats. Korda became Pro in 2018 at the age of 18 in the ATP New York Open 2018 when he was awarded a wildcard to enter the main event immediately.

He made his debut in the 2020 French Open, as he advanced to the fourth round as a qualifier before losing to Rafael Nadal, the defending champion and eventual winner. At the 2021 Emilia-Romagna Open contested in Parma, Italy on outdoor Clay, Korda won his maiden ATP championship, becoming the first American to win on European soil in 11 years.

In addition, he reached the finals of the Delray Beach Open 2021, but was defeated by the Polish prodigy Hubert Hurkacz. He entered Wimbledon 2021 as the 50th-ranked player in the world and advanced to the fourth round, becoming the youngest American since Andy Roddick reached the Wimbledon semi-finals in 2003.

In his Wimbledon debut, Sebastian Korda became the eighth player to reach the fourth round of both the French Open and Wimbledon before his 21st birthday, joining Roger Federer, Rafael Nadal, and Novak Djokovic on the list.

Sebastian was born on 5th July 2000 to Petr Korda and Regina Rajchrtova, both elite tennis players from Czechoslovakia, while Petr eventually went on to represent the Czech Republic. Regina was a consistent member of the Top 30 WTA rankings, peaking at World No. 26.

His father Petr won the Australian Open in 1998 and reached the finals of the French Open in Singles (1992) and Doubles (1992). (1990). Petr was the No. 2 player in the world for a considerable amount of time and had multiple opportunities to become the No. 1 player, but was unable to do so.

Sebastian is the youngest of three children and has two older sisters. Jessica Korda and Nelly Korda are elder sisters of Sebastian. Both are professional golfers competing on the LPGA Tour who, like their brother Sebastian, debuted as teens. In contrast to Nelly, who has been named World No. 1 and won the Tour seven times, Jessica has yet to make her imprint.

Who is the father of Sebastian?

Petr Korda is the father of Sebastian Korda. Born in the Czech Republic on January 23, 1968, he is a former professional tennis player. He began his junior career in 1985 at the French Open and won the boys doubles title teaming with fellow countryman Cril Suk. The combination was also ranked No. 1 in doubles during that year. Petr debuted on the ATP main circuit in 1987 and won his first premier-level singles championship in 1991.

He was noted for his celebratory Scissor Kick, which he performed at midcourt after winning games. His victorious run at the Grand Slam Cup in 1993 was one of the highlights of the Czech’s tennis career. On his way to the championship, he defeated former world No. 1 Pete Sampras and former world No. 2 Micheal Stich in thrilling fashion. In 1994, Petr was a member of the Czech Republic squad that won the Hopman Cup.