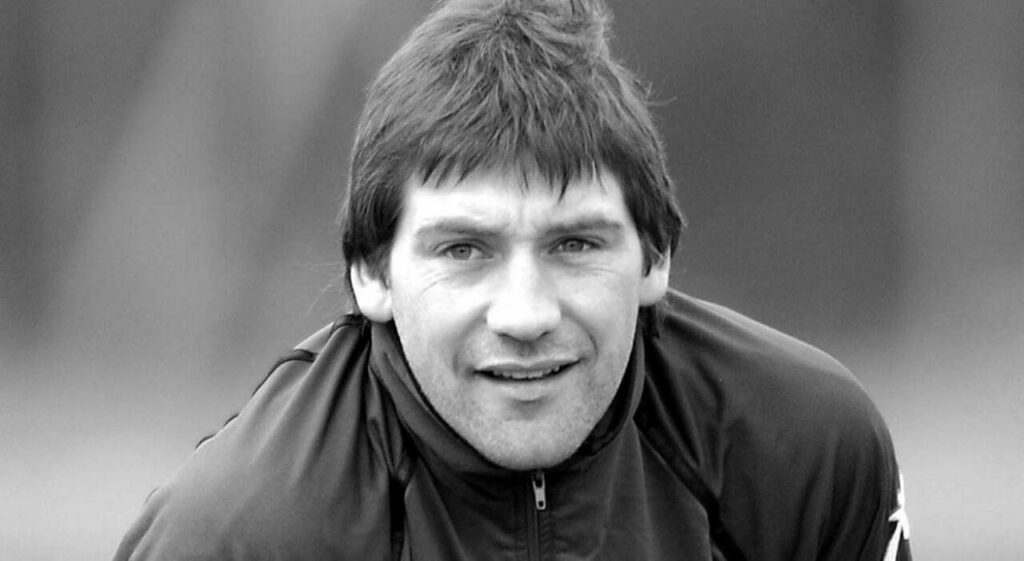 The most crucial game for Fabian O’Neill ended in defeat. The 49-year-old former Uruguayan football player, who represented Cagliari, Juventus, and Perugia in Italy, had been admitted to a Montevideo hospital for a few days, according to the El Pais newspaper. O’Neill’s passing was reported via a message from his kids on social media.

How did Fabian O’Neill die?

After a protracted battle with alcoholism, Fabian O’Neill, a former Uruguayan international midfielder Zinedine Zidane reportedly referred to as “the most talented player” he had ever seen, passed dead on Sunday. He was 49.

O’Neill was rushed to a hospital in Montevideo on Saturday due to a bleed, where he later succumbed to acute cirrhosis. His former team Nacional tweeted:

What was Fabian O’Neill cause of death?

Chronic liver disease was Fabian O’Neill’s cause of death.

O’Neill has cirrhosis and was hospitalised in June 2020. He was advised he might be able to have a liver transplant and live a long time if he abstained from alcohol for a year.

O’Neill died on December 25, 2022, at a Montevideo hospital, where he was undergoing intensive care because of bleeding from a long-term liver disease.

Who was Fabian O’Neill?

Fabián Alberto O’Neill Dominguez was a midfielder for the Uruguayan national team.

O’Neill participated in the Uruguayan Primera División from 1992 to 1995 for the first Nacional team. His professional career had only begun.

When he was only 18 years old, his team won the league. In 1996, he moved to Italy and later signed with the Serie A team Cagliari. He joined the squad through agent Paco Casal, who signed numerous other Uruguayans.

After being demoted to Serie B in 1997, the team was again promoted in 1998. In a 1999 encounter against Salernitana, he hit Gennaro Gattuso three times with nutmegs.

In 2000, after Cagliari was again demoted, O’Neill was moved to Juventus for a fee of 20 billion lire (about €10 million). As a result of the Davide Baiocco to Juventus transfer, he moved to Perugia in January 2002.

Despite not playing during his brief stay, he terminated his contract in the summer to return to Cagliari, which is currently competing in Serie B. O’Neill admitted rigging two Serie A games in 2012 to increase betting profits.

Despite only appearing in five games, O’Neill rejoined Nacional in January 2003.

He was 29 years old when he retired later that year and returned to his cattle ranch due to the consequences of his intoxication.

O’Neill represented Uruguay in 19 games. He took part in his first national team match on June 16, 1993, a 1-0 Copa América triumph over the United States.

He took over for Adrián Paz with seven minutes left; however, he could not finish the match because of an injury.

2013 saw the release of O’Neill’s autobiography, Hasta la ultima Gota. (Until the Very Last Drop.) He was advised to stop drinking for three years following the removal of his gallbladder in June 2016, but he did so only a month later.

He claimed to have lost $14 million of his fortune on “slow horses, fast ladies, and gambling” in February 2017, but he did not regret it. In his book, he said that while under the influence of alcohol, he once went to a cattle auction and spent $250,000 on 1,104 cows.

Many expressed how much they loved him and offered his family their sincere sympathies. His admirers and fans are shocked by the news of this incident.

“Fabian O’Neill’s passing deeply saddens me; may he rest in peace. People who were close to him are familiar with the agony of an alcoholic; it is challenging to accompany, it is a dreadful sickness, frequently opposed by the patient, and often applauded by those around him.

“Sadness! The demise of Fabián O’Neill Pure football talent and a wonderful person who always treated each of us who knew him with respect. It’s unfortunate since he should have lived longer, but perhaps he chose this and enjoyed it. He will always be regarded with respect.

One of the most horrible situations somebody can go through in life is losing a loved one. There must be a final destination for every voyage. Unfortunately, the person’s time on earth has ended with their death.

We wish him eternal rest and express our condolences to his family, friends, and loved ones. Peace be with you, my love.