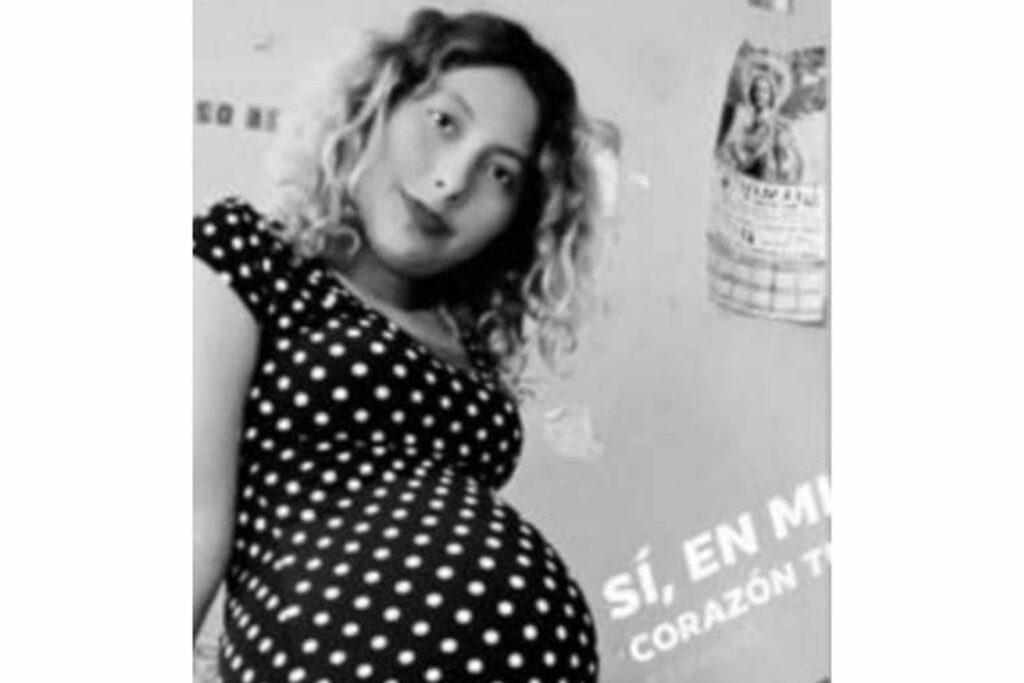 A couple cut open a Mexican woman who was eight months pregnant and killed her to take the baby. Please find out more about Rosa Isela Castro Vazquez’s demise and how it happened.

Authorities claim that a couple in Mexico killed an eight-month-pregnant lady after slicing her open to extract her unborn kid, who was fortunately saved alive.

Rosa Isela Castro Vazquez, age 20, was last seen last week travelling to see a lady she had been talking with online and who had offered to give her used baby clothes, according to the local police.

Local reports say that after Vazquez vanished, her husband alerted the authorities to internet communications showing that she had planned to meet the woman in the eastern state of Veracruz.

As they appeared before a judge on Monday, the two were accused of femicide and kidnapping. The woman attacker reportedly couldn’t have children on her own, so they allegedly sliced up the victim to take her foetus, according to a representative participating in the investigation.

Official records show that in 2021, more than 3,700 women died in violent Mexico, with approximately 1,000 deaths being femicides. Such heinous crimes have occasionally, but infrequently, been committed in the US. When Reagan Michelle Simmons-Hancock, 21, and her baby daughter were killed in New Boston, Texas, in October 2020, Taylor Rene Parker, who was 21 then, had just received a death sentence in Texas for the crimes.

Who were the suspects?

The sources state that the expectant mother was captured on security footage, meeting the suspect outside the pharmacy and being bundled into a vehicle.

According to the prosecution, the pregnant woman’s body was eventually found on Saturday during a raid on a property, and the unborn child had been taken out.

According to reports from the area, a lady only identified as Veronica “N” raised suspicions when she brought a newborn to the Veracruz Regional Hospital but could not prove it was hers.

The newborn minor that was with Veronica “N” and her companion Gonzalo “N” when they were apprehended “was returned safe and sound,” according to officials.

In a statement published on Facebook, the Veracruz attorney general said, “The State Attorney General’s Office…reports that officials of the Ministerial Police arrested Gonzalo “N” and Veronica “N” as alleged perpetrators of [the kidnapping].”

According to the statement, a newborn minor was with the suspects when they were taken into custody. According to local media, the female suspect reportedly brought the baby to a nearby hospital, but she could not show that it was her child.

It’s unknown if the two alleged attackers have hired legal representation that can speak for them or if they’ve entered a plea.

Rosa Isela was cruelly stripped of what she had been holding inside of her for months without anaesthesia or even the most basic medical attention. Between Veronica and Gonzalo—not her current partner—they killed her by putting a plastic bag over her head. They later threw her body into a river close to Rancho del Padre, which is very near the urban area of Veracruz-Boc to the River.

After obtaining the baby, Veronica took a significant amount of Rosa Isela’s placenta and blood and flung it into her intimate partners while dialling 911. She then threw Rosa Isela into the river before doing the same to the baby.

Rescuers saw Rosa Isela’s baby on her side, covered in blood, and properly feigning delivery when they came to her home.

She was brought to a hospital by ambulance, where the staff believed the entire narrative about the accused killer, and she was admitted for labour.

The same day Rosa Isela was killed and told to be thrown into a river, Veronica was released from the hospital on November 30. She departed with paperwork proving that she was the mother, that the child was delivered at her house, and that it was in excellent health.

She was discovered by the Ministerial Police of Veracruz, who withdrew her and routed her to DIF professionals currently caring for her in the Pediatric Tower. She was also in possession of the baby of the end when she was discovered.

There will be no impunity, in this case, the State Attorney General declared in a statement, and the entire force of the law will be implemented. Vero and his collaborator face a challenging future.

Read Also: How did Colin cole die? What was his cause of death?