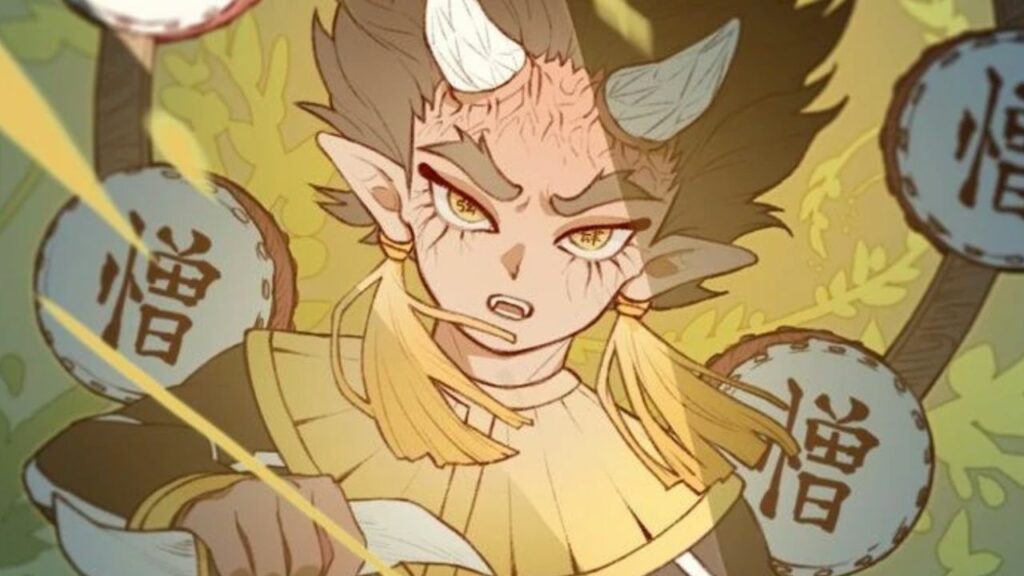 One of the primary enemies in the Demon Slayer saga’ Swordsmith Village Arc is Upper Moon 4, also known as Hantengu. He was assigned number 4 as a member of Upper Moon and is a devil connected to the Twelve Kizuki. Hantengu was imprisoned, and Muzan Kibutsuji decided to transform him into a demon. Hantengu killed the officer who had initially locked him up after becoming a monster.

Hantengu is one of the most unpleasant individuals we’ve ever seen, having been tasked with eliminating the Swordsmith village alongside Gyokko using his immortal body. He can divide himself into six distinct identities and demons, each with its personality.

What is the Hantengu’s personality?

Hantengu possesses the demeanor of a coward in his original form. He exhibits a lot of worries, delusions, and paranoia and is easily scared by anyone. Additionally, he has been seen to cry at even the slightest discomfort and flee if the danger seemed too great.

Hantengu is deluded because he believes he is innocent and shouldn’t be penalized for anything, even though we have seen him slaughter people in both his human and present demon forms. Hantengu of Upper Moon 4 enjoys eating, killing, and destroying people while still hoping for a pardon from society. 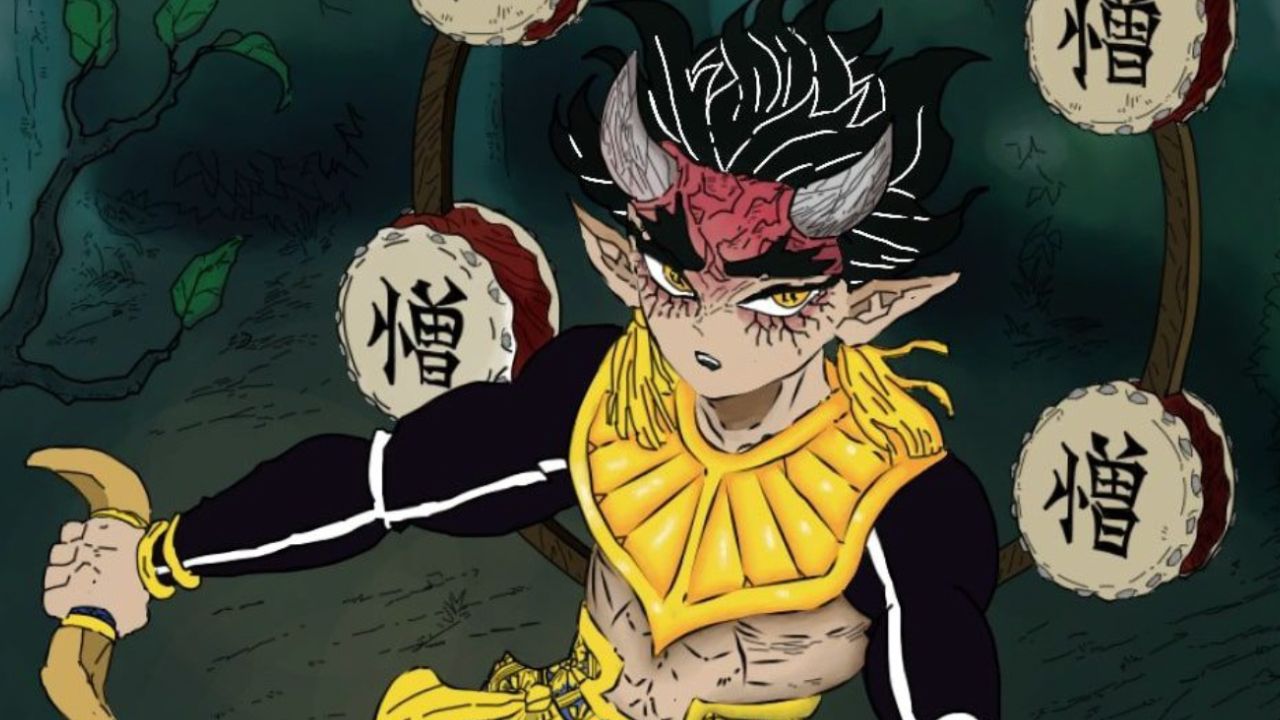 Hantengu was a depraved person even in his human days. He committed several significant crimes, such as murder and robbery, without hinting at regret or hesitation. Despite everything, he still maintains his innocence, proving his narcissistic mentality. His personality deteriorated once he was transformed into a demon, making him one of history’s most dangerous higher moons.

Hantengu, in his demon form, argued that he was innocent after devouring a sizable portion of human flesh. He was sentenced to die for his misdeeds, but Muzan showed up and changed him into a demon. He assassinated the correctional officer who had initially imprisoned him. The official’s prediction that Hantengu would eventually be punished for his transgressions mainly proved accurate when the official died.

All you need to know about Hantengu Appearance

Hantengu assumes the form of a short, fragile man with a skeleton body riddled with veins and wrinkles. Hantengu is typically seen kneeling. His most distinctive features are his two curled horns and a conspicuous bulge on top of his head.

He has a small, pointed chin, a perpetual look of horror and fear on his face, and a pronounced forehead ridge without eyebrows. His eyes are small, without any discernible pupils, and frequently seem to squint. Hantengu’s tongue is likewise imprinted with the character meaning “fear.”

His dark neck hair is curly, and he has a low forehead; it only sprouts from the rear of his head and his ears, which are larger and pointed than a typical human. Unlike most other devils, he has long, blunt nails with a square shape.

He sports a dark kimono divided down the center, with the right half having a design of flowers and arcs and the left having dark and devoid of fine details. He also sports a pair of zri and black hakama pants.

What are the Hantengu’s Overall Abilities? 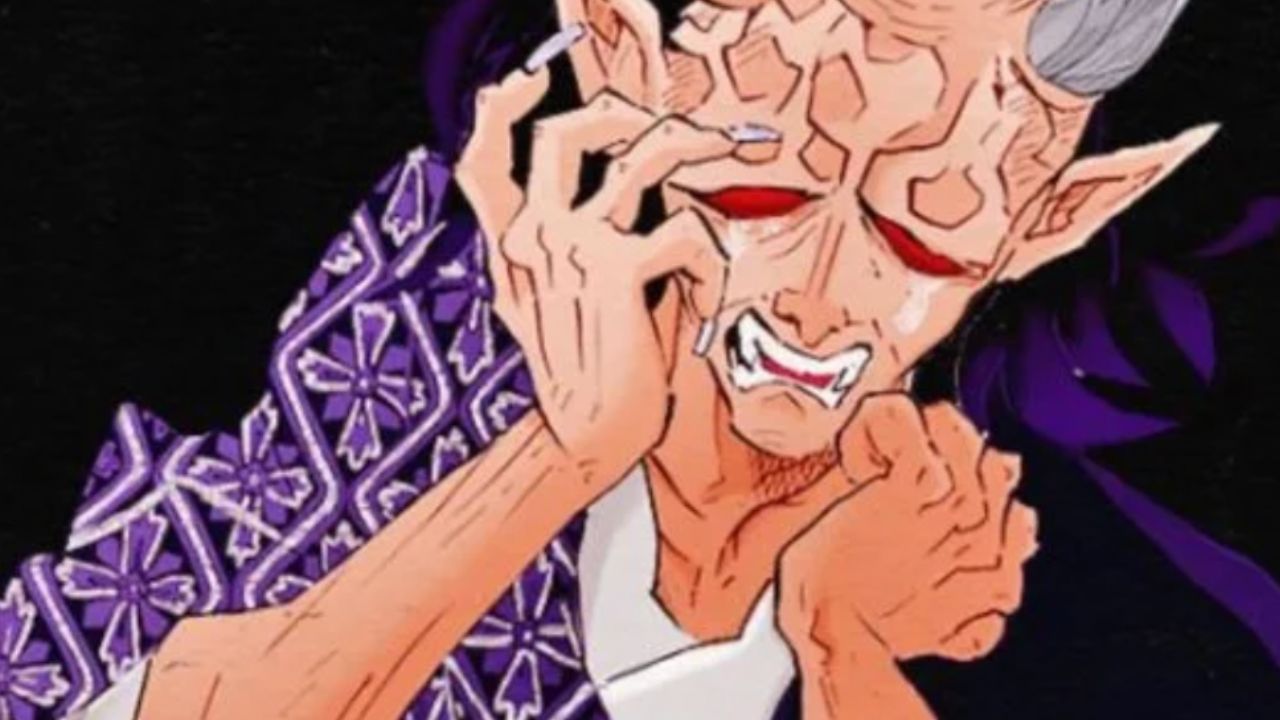 There’s not one regarding the demon slayer higher moon 4’s skill. He is the 4th Twelve Kizuki, and due to his excellent skills, he is regarded as the fifth-most powerful demon in the Demon Slayer universe.

The Blood Demon Art of Higher Moon 4 is intriguing because he can make numerous copies of himself that are every bit as strong as any previous upper moon we’ve seen throughout the series. Hantengu’s clones defeated the powerful characters Tanjiro, Nezuko, and Genya with the help of their cunning plan and special abilities.

Genya informed everyone that it was challenging to beat Hantengu since they would have to search for his main structure while being pursued by his powerful clones. Additionally, while all four clones were combined into Zohakuten, one of the most powerful demon slayers by sheer strength, he was still able to battle with her. Before others could locate Hantengu’s primary body, Mitsuri was only just able to fight Zohatuken after earning her Demon Slayer marking.

Improved Stealth: Hantengu has exceptional stealth skills, as demonstrated by the ease with which he entered the swordsmith hamlet, one of their most essential and well-defended bases, undetected by any of the countless Demon Slayers posted there. Later, Hantengu could enter Muichiro’s and Tanjiro’s chamber undetected even though the former could sense the existence of demons, and the latter had an exceedingly keen sense of smell that could detect a demon’s presence at great distances. Because of his excellent stealth skills, none of them recognized Hatengu as a demon until they met him.

Extremely Quick Movement: Hantengu, an Upper Rank demon, has swift motion and reflexes. He can easily avoid Tanjiro’s Hinokami Kagura method and Muichiro’s Mist Breathing method. Even Tanjiro, Nezuko, or a Genya boosted by demon bloodline could not keep up with him when he ran in his little form.