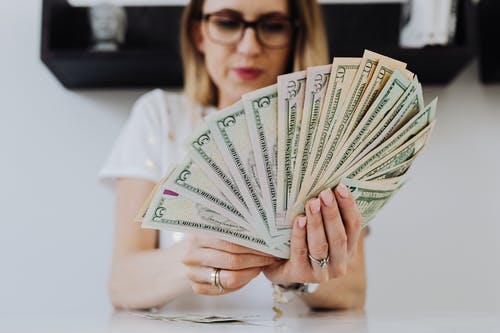 Inflation usually rises after a recession or other economic disturbance, but should we blame stimulus cheques in this case? The interruptions produced by the covid-19 outbreak are one of the key reasons why the US economy is running hotter than usual. During the epidemic, the stimulus programs that kept many homes afloat also played a role, albeit not to the extent that opponents say, reports As.Com.

The Congress government of the US has approved about $6 trillion in funding to aid the US economy and people as they deal with the pandemic. Over $900 billion of it was distributed to Americans in the form of three different Economically Impacted Payments, or “stimulus payments.”

Is There A Brake On Inflation Due To Stimulus Package?

A dispute has raged regarding how much the US’s extended period of high inflation may be attributed to stimulus checks. President Biden’s critics seized on his remarks at the Port of Baltimore in November when he discussed combating inflation with the help of his Build Back Better plan and upgrading US infrastructure. His comments were interpreted as an admission that the stimulus checks approved amounting of $1,400 is a part of the American Rescue Plan contributed to the rise in inflation.

During his speech, Biden discussed the US’s supply chain problems, which are partly due to inadequate infrastructure caused by decades of underinvestment. In response to the covid-19 outbreak and climatic calamities, Biden stated they had a “ripple effect” that “drives up prices here in America.”

“The irony is that folks now have more money thanks to the first big piece of legislation I passed,” Biden continued. “Each of you received $1,400 in checks.”

“What if there isn’t anything to buy and you have more cash?” It’s a race to the finish line for you. He went on to say, “It’s a real issue.” “How does it go? The cost-of-living increases.”

Should the government control the price of food and gas? https://t.co/dJKn8t4sMQ

The impact on inflation of the stimulus checks has yet to be quantified. They were included in a number of Covid-19 alleviation programs, including increased pandemic unemployment benefits, the expanded Paycheck Protection Program, with advance payment scheme of Child Tax Credit, and many more. The American Rescue Plan (ARP) has approved a covid-19 relief amounting to $1.9 trillion on its own, injecting trillions of dollars into the economy.

The American Rescue Plan’s impact on inflation was studied by the Federal Reserve Bank of San Francisco. It discovered that Biden’s stimulus is momentarily increasing inflation, but not to the point of “overheating,” as some have claimed. “The ARP is likely to lead inflation to rise by around 0.3 percentage point in 2021 and a little more than 0.2% point in 2022,” according to their study. In 2023, the effect will be minor.”