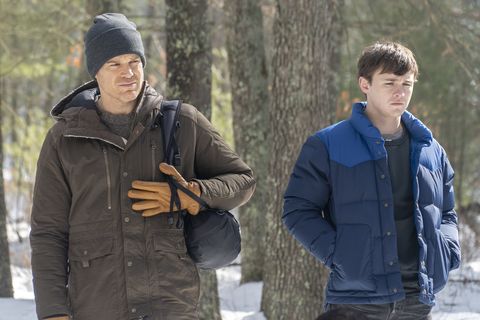 Very possibly, the finale of the first season of Dexter: New Blood is definitely not the end. It is surely the beginning of something new.

The revived series of Dexter: New Blood has come to a close with a few key plot twists. If you want to avoid plot spoilers, you have one more option to turn away.

Dexter is found living under a name that was formed out of the assumption of the little hamlet of Iron Lake, New York, 10 years after he went lost in the eye of Hurricane Laura. Dexter may be settling into his new life, but his Dark Passenger calls in the aftermath of unforeseen occurrences in this small town.

In vengeance for Dexter’s murder of Sergeant Logan, Dexter (Michael C Hall) died at the hands of his son Harrison.

Harrison got away with the murder because Angela Bishop arrived before the rest of the cops and provided him with the cash he needed to flee town and start a brand new life.

While it’s clear that Dexter’s storey is over, it does leave the door open for a spin-off centred on Harrison — after all, the subtitle is New Blood — but is it truly setting a continuation without Dexter?

Clyde Phillips, the showrunner, in an interview with TVLine, stated, “As you can imagine, that’s not the first time I’ve been asked that,” as he was asked about the chances of continuation.

He’s interested; it’s only a matter of whether Showtime agrees, even though the show has been “hugely profitable” for them.

“It’s all in Showtime’s hands,” he continued. If they called and said, “We want to do Harrison,” I’d be ecstatic. ‘We’re counting on you to figure things out.’

“I’m pretty busy right now, but I’d drop everything and dive straight in.” I’d love to do that, but Showtime has the final say.”

The original or the first season of Dexter’s was widely panned for fizzling out and failing to provide a satisfying conclusion, with Phillips claiming that if he had been in charge back then, he would have concluded the show with Dexter’s death. He wasn’t joking, as we now know.

New Blood has been panned by critics, who disagree over its quality.