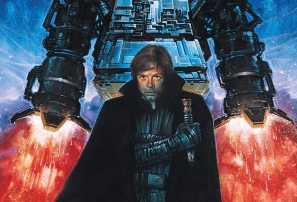 Dark Horse collects a piece of the Star Wars franchise, in the idea a partnership with the group Disney . The publisher, responsible for most of the cartoons in the tense universe, promises new projects for the spring of next year. For fans of the franchise, one clarification: it should apparently be series “for all age groups”, implicitly evoking the idea of ​​titles designed for young people plus a readership, in the continuity of the partnership Marvel / IDW Publishing on Marvel Action (recently traded for a partnership Marvel / Scholastic on the same target audience).

The editions Dark Horse had managed to secure the intellectual property of the comics Star Wars at the end of a long period of exploitation by Marvel , with a first series, Dark Empire , in 1991. The company symbolically recovers part of the usufruct of the franchise thirty years later, with a first variety of projects planned to be based in the era of the Haute Rpublique ( High Republic ), or nearly two centuries before the period covered in The Phantom Menace , the first chronological film of the saga.

Dark Horse explains that titles from other periods will follow. It is probable that this new association will replace the partnership between Marvel and IDW Publishing , declined on the series Star Wars Adventures so far. It remains to be seen if Disney will want to continue this other association, or understand who will have motivated the company to share the capital with Dark Horse , after having spent the last few years planting a whole bunch of knives of various sizes in the back of this former owner of the Star Wars , comics Alien , Predator or Conan . The first series announcements should not be long in coming months.