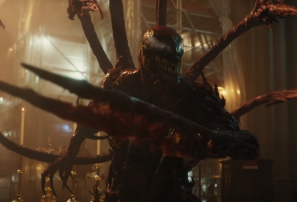 If the context of the health crisis surrounding the release of comic book adaptations in 2021 prevents reasonable comparisons of the box office figures of the “world before”, since it seems clear that many films will no longer be able to make the 800 M $ (or even 1 billion) as easily as before, the race between the long films released this year were quite tight for some.

Si The Suicide Squad (yet among the proposals the most successful of the year) and Snake Eyes (well, l, much less) have been out of the race for a long time, we were able to follow the advances of Shang-Chi and Venom: Let There Be Carnage to exceed the symbolic bar of 400 M $ at the global box office, now passing in front of Black Widow . If Marvel Studios had remained first for the moment, the latest financial fallout now proves Sony Pictures .

The validation of the worst

The impression of repetition was nevertheless quite palpable at the time of the release of the second movie Venom , directed by Andy Serkis . A large number of critics once again noted the indigent enterprise of the Venom films of Sony Pictures , but a leaked scene, the prospect of a crossover with the MCU and the ever-hypnotic allure of the symbiotes proved the studio right. The public therefore validated the proposal, and the film collected over the weekend a few million additional dollars which allowed Venom: Let There Be Carnage to post a score. total of 441, 5 M $, of which 200, 7 in the United States (only Shang-Chi was able to do more than 200 M $ also in the US), and 238, $ 8M internationally.

As a result, Venom: Let There Be Carnage is for the moment, publication of this article, the biggest financial success regarding comic book adaptations in, since the film is now ahead of Shang-Chi (430, $ 5M). The slobbery symbiote even occupies 7th place in the Top 10 of the biggest films of the year, all categories combined. A performance that guarantees to have a third opus (surely among the recently dated films of Sony Pictures ) without anyone in charge having to force themselves to propose a minimum of quality, since the public validates whatever happens. It remains to be seen from now on whether Spider-Man: No Way Home will be able to break this record – a priori, with a release in China, it should be done without worry