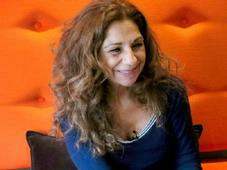 Dominicans will be able to listen to the artist again, who is part of one of the most important Spanish artistic families and is the first-born of the marriage formed by Lola Flores “La Faraona” and Antonio Gonzlez “El pescalla” .

She is also the older sister of the late Antonio Flores and Rosario Flores, another famous singer in the family.

Lolita Flores celebrate in the Dominican Republic 45 years of experience on stage.

Winner of several awards and recognitions, in 2020 she obtained the gold medal for merit in the arts that he received from the Kings of Spain in Cordoba. And in his long career he has made musical collaborations with various artists.

Under the production of the artistic entrepreneur Csar Surez Jr., the interpreter of songs such as No renounce and Love, love to act with this new show on 19 December at 8: 00 at the Carlos Piantini Room .

His repertoire includes Mediterrneo, Ma, This afternoon I saw it rain and Amnesia, among many others, in addition to the successes of his applauded career such as Who is going to know, I’m going to divide it , Sarandonga, Stupid, You don’t notice I’m shaking.

This Lolita Flores concert in Santo Domingo ends her Todo de mi tour. Lolita, from the Flores dynasty, throughout her long and successful career has been worthy of multiple recognitions and winner of numerous awards.

Last year she received the gold medal for merit in the arts from the hands of the Kings of Spain in the city of Cordoba. Also, as an actress, she won the Goya at 2020.

She had a long career in music, film, theater and television, in addition to Author of two
books, after the crisis caused by COVID – 19, Lolita announced the creation of her own production company “Lerele Produccin, thanks to which she intends to create theater works, both her own and others, in order to generate work for herself and for other colleagues.

The concert will have the different protocols implemented and defined by the Ministry of Public Health and the Government of the Dominican Republic, informed Surez Jr.