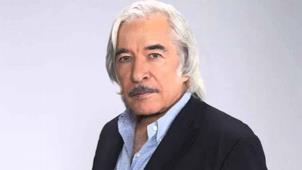 Enrique Rocha, veteran Mexican soap opera actor who died on Sunday, never imagined that his destiny was in acting. Without putting much effort in his studies and yes in “living life”, one day he found by mistake an opportunity that would change his life and for which he passed from architecture to the stage.

A regular at parties and billiards, one day, invited by a friend, Enrique Rocha came to the rehearsal of “Despertar de la primavera”, a play that was being directed by Juan Jos Gurrola.

When the actor Juan Ibez (director of “Los Caifanes” of 1967) was not in the rehearsal, Gurrola invited Rocha to go up on stage to say the part of the absent.

When he finished his participation, the director was interested in his particular voice and appearance and invited him to be part of the play, that was when his prolific acting career began, mainly theater in.

Invited by the Spanish director Alvaro Custodio and with only 21 years, one of the most important works that he carried out was “Hamlet”.

After that the doors of the television they were opened to him and together with Julissa and Fanny Cano he was one of the most important characters in the telenovela “La mentira” (1965), after the producer Fernando Alonso He will contact him to be part of the cast.

Then he got the proposal from the director and producer Julio Bracho, who wanted him to play Jesus Cristo in the movie “The process of Christ” (1966).

His career was on an undeniable ascent, after his work in experimental theater and at such a young age having had the opportunity to interpret characters so in demand like Hamlet and Christ, so the opportunities continued instead of stopping.

Rocha remembered his prolific beginnings when Juan Ibez himself considered him to do “Los bien amados” (1965) in New York or his work with director Arturo Ripstein in “Time to die” (1966), a script by Gabriel Garca Marquez.

His career as a v illano was mostly limited to soap operas, according to himself on some occasions, he never had antagonistic roles in the theater.

However, it is for many of the most iconic villains that television has Mexican one, among his most remembered characters are Lucio, an agent of the devil in the children’s soap opera “Serafn” (1999), Eladio Gmez Luna in “Pasin y poder” (1988), or like Nicols Obregn in “The privilege of loving” (1998).

To his career She is framed by more than 80 titles of audiovisual productions, and one of her most recent works was in the animated version of Disney “The Jungle Book” ( 2016) where he lent his unmistakable voice to the Panther Bagheera or the telenovela “Silvia Frente Ti” (2019) based on the life of the actress Silvia Pinal.

The actor was also known for the many romances he had. He married very young, at 21 years of age to Marlene Serralls, but their marriage was short-lived. From his second marriage, Patricia Campos with, his only son was born, although this did not last either.

Mexican actor Enrique Rocha, who died this Sunday at 81 years of age, forged a broad career as a soap opera actor was his thick and dark voice and, as well as his mysterious personality, which made him over and over again the most remembered and beloved villain on television ever.

Enrique Miguel Rocha Ruiz, whose motive for death is unknown until At the time, he was born in the central state of Guanajuato on January 5, 1940.

At a very young age he came to the City from Mexico, where you study from elementary school to a degree in Architecture at the National Autonomous University of Mexico (UNAM).