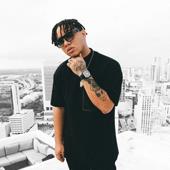 While he is opening act for Rauw Alejandro, Eix, an urban artist on the rise, launches his new video single Tour y, in which he refers to travel situations behind the scenes and.

The theme , which includes the typical romanticism of the young artist, is a production by Fran Fusion, who has worked with Arcngel, Myke Towers, Cosculluela, Nio Garca, Bryant Myers, among others.

With an urban beat slow, Tour is a theme inspired by a girl who drives Eix crazy, to the point of making him hallucinate. For its part, the music video was recorded during concert performances in Spain and was produced by Stephen Cruz and Ale Alcover. The audiovisual production is now available on Eix’s YouTube channel.

His previous singles Aprend Remix, with Spanish Victor Perez and Jossef, “Cuern Remix” with Luigi 21 Plus, and “Por l” with Casper Magico, continue to rise.