In 2019, Alicia Keys with her husband Kasseem Dean (also known as Swizz Beatz), acquired “Razor House”, a mansion located in La Jolla, California; rumored to have served as the inspiration for Tony Stark’s mansion in the Iron Man movies.

According to Architectural Digest (AD), the house has been rated as an “architectural masterpiece” and “America’s coolest house.”

Of 11, 000 square feet and designed by Wallace E. Cunningham, the mansion is located on the west coast of the United States overlooking the Pacific Ocean.

Cunningham told AD that “every wall of this house, every part of her, it is sculpture ”.

Dean explained to Architectural Digest that He had the house as a screensaver for over eight years and when he got the call that it was for sale he felt euphoric.

“When your screensaver comes to life, it’s incredibly crazy, “he exclaimed in the interview.

However, he was nervous that his wife would not want to move because she grew up in New York and loved the city.

However, Keys decided to move into the house while in a meditation session while visiting the mansion one weekend.

“At that moment, I felt that I was witnessing a beautiful metaphor, and I never wanted to forget how infinite we are and how the unimaginable can happen. That’s what it did for me. I was taken “, he said when explaining the moment.

After the purchase they decided to redesign it under the command of Kelly Behun, who was contacted directly by Dean.

Also, despite how busy he was, Swizz Beatz was a great collaborator of the project, Behun told AD.

“He lives and breathes that house; he understands every square inch working from afar would normally be an obstacle, I was so in tune with what I knew I wanted, and that’s why everything fell into place, “he said.

” It’s about keeping the colors warm because this house is the house of ‘Iron Man. that we purposely chose to make it feel like a home and not just a sculpture, but unite them both. ”

On the Architectural Digest YouTube channel you can find the tour of the mansion. 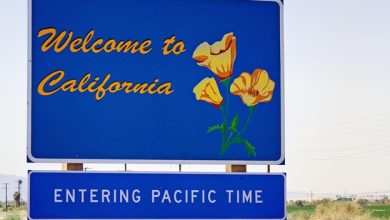 Is California Still a Great Place for Tourists to Visit Right Now?