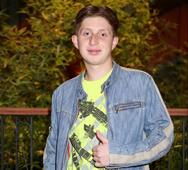 Details continue to come to light about the death of Octavio Ocaña. The father of the young man admitted that his son was armed, but that the shot he received is from a bullet with a different caliber from the actor’s pistol.

Octavio Pérez rejected the report of the investigators that points out that the actor accidentally shot his head when he lost control of his truck.

He also accused the municipal policemen of Cuautitlán Izcalli who persecuted him, as those responsible for his son’s injuries.

El País indicates that Pérez explained that his son had a weapon authorized by the Ministry of National Defense (Sedena) and that he himself provided it “due to the insecurity that we live in this country.”

According to his father’s account, Ocaña was monitoring family businesses in the State of Mexico and had warned him that I was going to go out to a meal in the municipality of Villa del Carbón. “He always brought two bodyguards,” said Pérez, however, Ocaña left the bodyguards with his girlfriend and went out with two of his father’s friends.

The actor’s father who gave life to Benito Rivers also revealed that one of his son’s companions told him that they first wanted to blame him for Ocaña’s death , but then forced him to sign a statement stating that The 22 -year-old young man accidentally shot himself.

“They made him sign after they tortured him that he shot himself and bitch after madriza and as he left he told me forgive me, I had to sign, and I told him: ‘I understand you.’ was inside the vehicle and that it was detonated during the chase in still unclear circumstances.

The Cuautitlán Izcalli City Council maintains that the police wanted to stop Ocaña’s vehicle t It was only after realizing that he had a weapon inside him.

However, a video broadcast on social networks has further contributed to the confusion, as it shows moments after the crash, in which Ocaña appears bleeding and I still live without the police trying to help him.