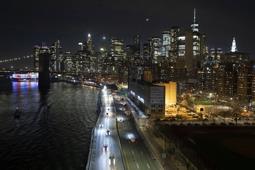 Carlos Duarte (Showtime) and Alexis García (Ale G), handlers of artists from the Dominican Republic and Puerto Rico, were arrested and charged with trafficking cocaine valued in millions of dollars using backpacks and lunch boxes for school children.

The Narcotics Special Prosecutor’s Office, the New York Police (NYPD) Drug Task Force and the United States Postal Service Bureau of Investigation announced the arrests, which also include Bryan Centeno Rosado , Raúl Sweeney and Wesley Coddington, who were allegedly part of the gang.

“Hiding narcotics in children’s lunch boxes was the modus operandi of this organization,” said prosecutor Bridget G. Brennan. Then he added: “If this tactic was designed to divert the police, it did not work.”

The alleged leaders, Carlos Duarte, 36, and Alexis García, of 41, are accused of sending several packages of coca from Puerto Rico to the Big Apple between May 2020 and July 2021, published the Nypost.com portal.

The New York Post portal highlighted, citing the prosecutor, that Showtimen and Ale G used their status as artistic managers, which allowed them to travel frequently with purposes of coordinating drug trafficking operations.

The information does not detail which artists were handled by the accused.