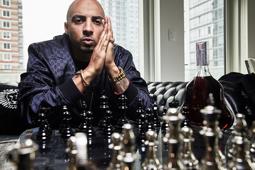 Edward del Rosario, better known as Chacka, came to the Dominican Republic to produce his new song Frequency with, a return to urban music from the streets of New York by the hand of DJ Sammy.

Singer, writer and music producer, Chacka has worked more than 20 music videos and was one of the main exponents of the tigueraje movement 809, in New York , where the foundations of Dominican urban music were created in the Big Apple.

I want people to know that I am back in the country, working on what I love, music, he said
Chacka, an artist has collaborated with important figures such as Lpiz Conciente with, Vaker, Mozart La Para, Sensato, Messiah, Qumico, Black Point, El Fother among others.

In the United States, Chacka has worked with music producers such as AlCover, who has won several Latin Gramys, Vinylz, current Drake producer, Kanelo Musick, Lemagic, Budda & Grandz, among others.