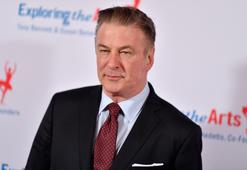 After years collecting controversies and incidents due to his irate and fiery character, Alec Baldwin had achieved stability in recent times, solid projects and a marriage with a large family with, a tranquility that has now been clouded by the incident that has ended the life of a cinematographer.

In the middle of filming the ‘western’ “Rust”, in which Baldwin acts as producer as well as protagonist, the actor has accidentally killed Halyna Hutchins , when firing a prop pistol that was supposedly blank and that he did not know was loaded. Santa Fe (New Mexico), in an incident that is being investigated.

After years of flirting with drugs and alcohol and starring in violent incidents with the press, the police or with his own ex-wife , Kim Basinger, Baldwin enjoyed the stability of his 63 a

He has been married since 2012 to yoga instructor Hilaria Baldwin (25 years younger than him), whom he met in a Manhattan restaurant in.

With her he has had six children, the last one at the beginning of the year by surrogacy.

Alexander Rae Baldwin was born on April 3, 1958 in the New York town of Massapequa, into an Irish Catholic family, and belongs to to a saga of actors, although he was the first of his brothers – and the most successful – to dedicate himself to acting. William, Stephen and Daniel followed him. His dream of becoming an actor led him to enroll in Dramatic Arts at New York University and also at the Lee Strasberg Institute.

He started working at the Moscow Art Theater’s Mira Rostrova and was soon elected for a role in the popular television serial “The Doctors” and others such as “Cutter to Houston” or the drama “Knots landing”.

In the eighties Baldwin moved to Los Angeles, where he made his debut at the cinema with David Greene’s “Sweet Revenge” (1984), followed by “Forever, Lul” (1987) by Amos Kollek. During these years Baldwin flirted with drugs and even suffered an overdose for which he almost lost his life in the eighties.

After several secondary roles, his professional recognition came hand in hand. by Jim McTiernan in “The hunt for Red October” (1990), where Sean Connery shared the limelight with.

From the nineties they are “Miami Blues” by George Armitage, “Alice” by Woody Allen and “The Marrying Man” (1991) by Jerry Rees, a shoot where he met Kim Basinger, actress who was married for a decade and had a daughter with. Baldwin and the actress by denying him contact with his daughter.

His role as a Las Vegas casino manager in Wayne Kramer’s independent film “The Cooler” (2003), earned him his first Oscar nomination for best actor in re

Then came two Scorsese films “The aviator” (2005) and “The Departed” (2006), as well as “The Good Shepherd” (2007), by Robert de Niro, among others, and the series “30 Rock “which in his seven seasons has earned him three Golden Globes and two Emmy for Best Actor in a Comedy.

He also worked under Woody Allen in “To Rome with Love” (2012) and “Blue Jasmine” (2013) and in 2014 he took part in the fifth installment de Torrente by Spanish filmmaker Santiago Segura: “Operacin Eurovegas”.

This was not a good time for the actor, because at that time he was involved in several incidents in New York.

He was denounced in 2013 for racist insults to a photographer and threats to a reporter and was arrested by the police for riding a bicycle in the opposite direction.

In recent years he has participated in the films of the saga Mission Impossible: Rogue Nation “(2015) and” Mission Impos sible: Fallout “, Saturday Night Live as well as in successful television projects such as, the one that managed to win another Emmy award with, or the recently released series Dr Death.