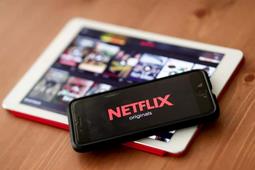 Netflix on Friday fired an employee who leaked confidential information about the premiere of “The Closer,” a show by comedian Dave Chappelle whose comments about transgender people have caused controversy both inside and outside the company.

A company spokesperson confirmed the firing, which comes days after Netflix suspended three employees for breaking into an executive meeting to protest against the same show.

In addition, Several workers have called a demonstration next Wednesday, according to the technology newspaper The Verge.

According to Netflix, the dissemination of “confidential and commercially sensitive” information is prohibited by contract.

“The Closer”, a show that follows the “stand up comedy” format produced by popular American comedian Dave Chappelle, premiered on Netflix last week and has been met with strong opposition from some employees of the platform.

In it, Chappelle affirms that the transgender community has “very thin” skin and supports the messages in which the writer JK Rowling defended her position “TERF”, a term coined to group the feminist movement that excludes transgender people.

Likewise, the comedian criticizes the so-called “culture of cancellation.”

The leak of the fired employee, whose identity is unknown, ensured that the content of the program was discussed in Netflix before the premiere and that the television platform invested 24 millions of dollars in its production, more than the 21 millions that the filming of the series “The Squid Game” cost.

The Gay and Lesbian Alliance Against Defamation (GLAAD) has asked Netflix to listen to the demands and the producer of one of its series, “Dear White People”, has said I must not work with them again.

The controversy has forced Ted Sarandos, founder of Netflix, to defend the documentary.

“As with other talents, we work hard to support their creative freedom, although this means that there will always be content on Netflix that some people believe is harmful,” he explained in an internal statement released by Variety.

“We do not allow titles that incite hatred and violence and we do not believe that ‘The Closer’ crosses that line”, justified.