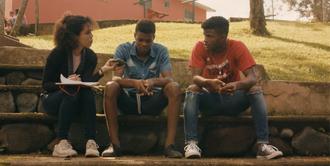 Dossier de Absencias, the Dominican docudrama directed by Rolando Daz, with a script by Rolando Daz and Alfonso Quiones and executive production by Alfonso Quiones, has been chosen for the Official Contemporary Selection of the XXXVI Ibero-Latin American Film Festival of Trieste, an Italian competition that It is the largest reference of Latin cinema in the European country.

Daz, who was based for some years in the Dominican Republic and has to his credit an extraordinary career with almost 30 film titles, and numerous international awards, including a Goya nomination. , expressed that it was an honor that Dossier de Absencias was part of the official section of the festival since it represents a way to fully enter the European scene.

Trieste is a festival with history and prestige, 36 editions are said soon, but its fidelity must be signified that it has always been concerned about what happens in Latin America, added the Cuban director -espaol.

The film stars the prominent Dominican actress Judith Rodriguez, who plays Elaine, a journalist looking for Moraima, who was given up for adoption when she was a baby and then returned to her biological parents in her early teens.

While Elaine investigates in a remote area of ​​Jarabacoa, other adoption cases come up that plunge her into a roller coaster of emotions.

These events are real experiences that Alfonso Quiones lived when he decided to find out what had become of that girl returned to her biological parents in absolute poverty, after having lived years in the United States at a high standard of living. Thus, the search for Moraima, whose story shocked the country in the early nineties, attracting the attention of journalists such as Josefina Navarro and Nuria Piera, who also participate in the documentary, became the main objective of the journalist, whose alter ego in the film assumes it, brilliantly Judith Rodríguez.

“Dossier de Ausencias”, which is in the Official Section of the New Latin American Film Festival of Havana, is a production of Agua de Luna Films. The representation and international sales are in charge of Alfonsina Isidor, CEO of Triomphe Films, a company that seeks to promote Dominican works and talent abroad.