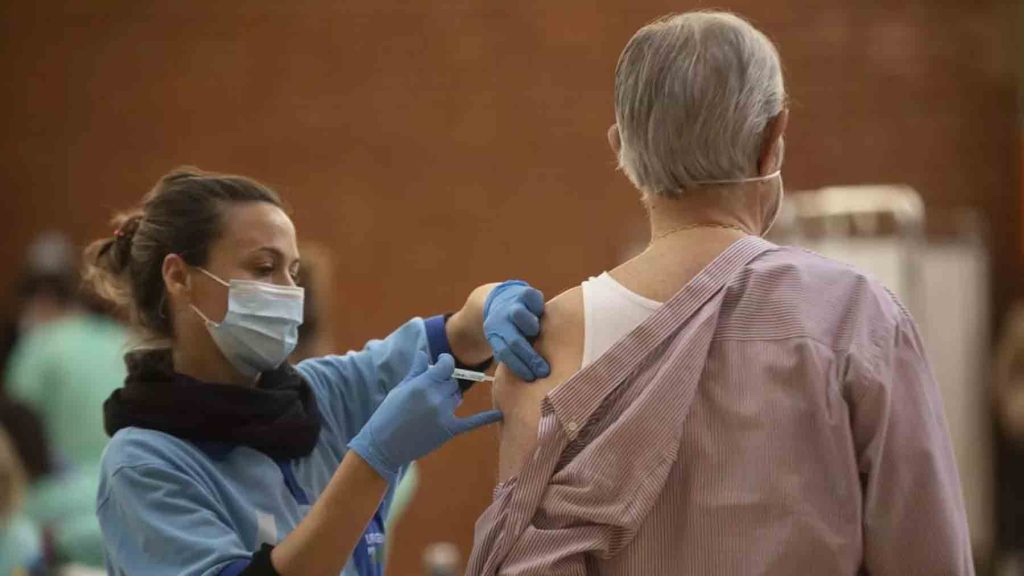 After Andalusia has achieved «group immunity» against Covid – 19 with a 91% of the target population with the complete guideline, the Junta de Andalucía will soon start administering the flu vaccine in people institutionalized in nursing homes and in centers for disability .

In total, they will be administered in all Andalusia almost 60. 600 doses, becoming the first autonomous community to start the campaign 2021 / 2022. This was announced by the Minister of Health and Families, Jesús Aguirre, during his visit to the nursing home Nuestra Señora de los Dolores de Córdoba.

The Junta de Andalucía will administer the vaccine to 45. 0 14 elderly users of residences and 7. 567 users of disability centers. These will be added from 14 of October the administration of the vaccine to the workers of the residences and all the health and social health personnel of Andalusia. “Andalusia is ahead of the inoculation of this vaccine in order to protect the most vulnerable people,” explains Aguirre.

“Although the incidence of influenza last year was null, we must not lower our guard and for this campaign we follow the same protocols as previous campaigns “, says the counselor and adds that” vaccination, in addition to preventing the possibility of suffering from influenza infection and its complications, contributes to decongesting the health system and reduce sick leave ».

In Andalusia they have been acquired 1.645.09 doses of vaccines . The counselor has detailed that «in Andalusia we have the best influenza vaccines currently available for each vaccination target group, since all the vaccines that will be used will be quadrivalent, that is, with two influenza A strains and two influenza strains B, so that the potential protection is the greatest possible. ”

For people over 52 years institutionalized in residential centers for the elderly, the population most vulnerable to influenza, Andalusia will have a vaccine with a higher antigen load, to optimize the immune response to the vaccination and that they are very well protected.

For their part, the elderly in residences who have not yet been vaccinated against pneumococcus will also be administered the conjugate vaccine 13 – valent. The administration of both vaccines will be carried out in the residences themselves in order to protect the users as much as possible.

For the administration of influenza vaccines are enabled more than 1. 600 vaccination points throughout the autonomous community.